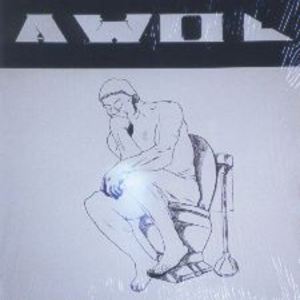 There is more than one band with this name: 1 - Awol formed in early 2008 in Edinburgh, Scotland, They have went through a couple of line-up changes and are now at there strongest with the addition of Marc Reid(ex your fears) on bass. We Will soon be back on our feet stronger than ever with new material after a few practises with Marc, Awol are a band that love to just play shows and are not in it for money,

1 - Awol formed in early 2008 in Edinburgh, Scotland, They have went through a couple of line-up changes and are now at there strongest with the addition of Marc Reid(ex your fears) on bass.
We Will soon be back on our feet stronger than ever with new material after a few practises with Marc,
Awol are a band that love to just play shows and are not in it for money,
if there is a slot available that you would like us to play please hit us up and we can sort stuff out.

2 - http://www.myspace.com/awoluk
AWOL formed in 2002. They all met up in school and formed a band. They have played a number of gigs in their local area. Based in Maryport, Cumbria means they do not have many places where they can showcase their talents. But lately they have played in various places around the town including in the Maryport Blues festival in 2004, they were hugely popular at the 2005 event and went down a storm in 2006. They played at the Silloth Beer Festival where they supported The Animals after winning a battle of the bands. In the past they have gigged in Egremont, Cockermouth, Keswick, Silloth, Workington and Whitehaven. They are looking to spread their musical talents to other places in the near future. So look out for them at a venue close to you!!
At Silloth Beer Festival they proved to be a big hit and recieved praise from everyone they spoke to as well as from The Animals. Since then they have been gigging quite often despite the fact that Stephen is now away at Sunderland University. Therefore they are unable to practise but even though they havent had any practise sessions they are still playing unbelieveably well.
In March 2007 whilst playing a gig in Sweeney's in Keswick they had Rock Royalty watching their every move. The man in question is a big hero of all the band and have dreamed to see his band but they have not played together for the past 5 years. His introduction was like this - 'How you doing? I'm Brian Johnson'. Of course he is the singer of AC/DC. He heaped praise on the lads telling them he thought they were 'Awesome' and that he would rather stay to watch them than do some of the things he had been doing. They asked him to sing a song with him and he accepted but had to leave due to being jet lagged from flying in from LA that day. The lads will never forget the night and im sure it will spur them on to greater things.
Unfortuntely in Sept 2007 AWOL lost a member. Guy moved down to Bournemouth to go to University. Having been together as a band for almost five years at that point it was a loss but something that had been on the cards for a few months, but when it was confirmed that Guy was actually leaving to go to Bournemouth, it was sad to think that the band which had been together for all them years with the same line up, now had to change their band formation. Guy's last gig with AWOL was playing at the Silloth Beer Festival closing the Festival on the sunday evening and they played a killer show. Which was a fitting end to Guys time in AWOL. However the other 3 lads decided to carry on as a three piece but have changed their set to allow for this hole left by Guy. We wish Guy all the best for the future and im sure we will see him at the top.

4 - An early progressive metal band; consisted of Guns N' Roses guitarist, Ron "Bumblefoot" Thal, and his brother Jeff. A rare 6-song EP of the same title was released in 1987, including songs such as "And Then There Were None," "Don't Push Me Aside," and "No More Games." Ron played vocals, guitar, and bass while Jeff took over the drums. Proof can be found: Here and Here