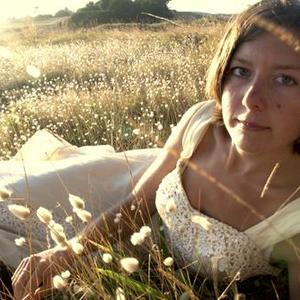 Emily Portman is a singer, writer and concertina player based in the North East of England. With a BBC Folk Award nomination for her work with harmony trio The Devil's Interval, Emily is already an established musician on the UK folk scene, commended by Shirley Collins and annually touring with Waterson:Carthy. Emily has recently appeared at The Southbank Centre as part of their ?Folk Roots, New Routes' series and debuted her new songs at The Sage Gateshead.

She is also fast making waves beyond the folk scene, being featured as a soloist on the BBC's adaptation of 'Tess of the D'Urbervilles' as well as appearing on alt-folk songwriter Alasdair Roberts' forthcoming album.

Emily originally hails from Glastonbury, where, raised on a diet of fairytales and deep Somerset folklore she began songwriting at the age of six, starting out with a keyboard, a tape recorder and a thirst for blood-curdling stories. After years immersed in traditional songs, Emily's return to songwriting has already grabbed the attention of the BBC, with Radio 3's 'Late Junction' recently previewing her new music and ?Words and Music' broadcasting live performances of songs from the album at their 'Free Thinking' Festival. Inspired by folktales and Ballads, Emily weaves harmony-rich narratives relaying female experience, accompanied by Viola player Lucy Farrell (fresh from touring with The Unthanks) and Harpist Rachel Newton of BBC folk Award Nominees The Shee. These visceral visions of a darker Albion conjure landscapes where mythical sirens collide in urban backstreets. Emily's debut solo album ?The Glamoury' was released in March 2010.