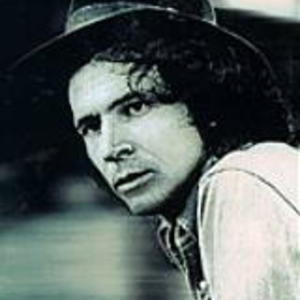 Gary Stewart (May 28, 1945 ? December 16, 2003), a country musician known for his drinking songs, was one of the first so-called "outlaw" country performers of the 1970s. A singer, songwriter, guitarist and pianist, he was born in the Letcher County, Kentucky town of Jenkins, the son of a coal miner. In 1958 his father sustained an injury while working in the mines, and shortly after the family moved to Fort Pierce, a city on Florida's Atlantic coast.

A singer, songwriter, guitarist and pianist, he was born in the Letcher County, Kentucky town of Jenkins, the son of a coal miner. In 1958 his father sustained an injury while working in the mines, and shortly after the family moved to Fort Pierce, a city on Florida's Atlantic coast.

Stewart began recording at twelve, moved on to songwriting, and married Mary Lou Taylor when he was eighteen. While playing a Honky-Tonk club in Okeechobee, Florida, known as the Wagon Wheel, he met country singer Mel Tillis, who advised Stewart to travel to Nashville to pitch his songs. He recorded songs for the small Cory label in 1964. In Nashville, Jerry Bradley, the son of record-producer Owen Bradley, worked with Stewart and collaborator Bill Eldridge to refine their songs, and in 1965 Stonewall Jackson's recording of their "Poor Red Georgia Dirt" made the country charts.

Signed to the Kapp label in 1968, Stewart made several unsuccessful recordings. But Carl Smith, Billy Walker and Nat Stuckey had hits with Stewart's songs. Dropped from Kapp and then from Decca, Stewart made a series of demo tapes that found their way into the hands of producer Roy Dea, who signed Stewart to RCA Records. Their collaboration produced the hits "Drinkin' Thing," "Out of Hand" and "She's Actin' Single (I'm Drinkin' Doubles)," the latter which was his only number-one song. Other hits from this most commercially successful period of Stewart's career (1974-1977) include "Flat Born Natural Good Timin' Man," "In Some Room Above the Street" and "Your Place or Mine." Through this time during the seventies and into the eighties, Gary played with a group named Aberdeen Rockfish Railroad, or as Gary called them the Honky Tonk Liberation Army. This band which consisted of Donnie Coleman, Chris Casses, Bob Melton, Darrell Dawson, Howie Folcarelli, and Ralph Profetta travelled and played with him. They also sang backup on several of Stewart's RCA releases, including "Easy People", "Can't You See", "Pretend I Never Happened", and played behind him on several unreleased songs recorded at Bradley's Barn. They were nominated for Instrumental Group of The Year by Country Music Magazine and were the driving force behind Stewart's signature raucous live sound. Stewart's recordings are characterized by his barely controlled vocals, rock-and-roll-like instrumentation, and a classicism that recalls both the country music and the rockabilly of the 1950s.

By the late 1970s Stewart no longer sold records in the quantities of a few years before, but many critics rank recordings from this era, such as "Single Again," as among his best work. He recorded an album with producer Chips Moman in 1980, Cactus and a Rose, and left RCA for the Hightone label, where he recorded Brand New in 1988. Drug and alcohol problems plagued him in the '80s, and his son, Gary Joseph Stewart, committed suicide late in the decade.

Despite these hardships, Stewart and his wife continued to tour the honky tonk circuit through the 1990s, playing venues such as Fort Worth's Billy Bob's Texas several times a year.

In 2003, Stewart released a live album, Live at Billy Bob's Texas. But on November 26, the day before Thanksgiving, his wife died of pneumonia. They had been married forty years.

Stewart, who had been scheduled to play Billy Bob's three days later, cancelled his concert appearances. His friends later told reporters that he was extremely despondent after Mary Lou's death. On December 16, his daughter's boyfriend and Stewart's very close friend Bill Hardman visited Stewart's Fort Pierce, Florida home to check on his welfare. Gary Stewart was dead, of a self-inflicted gunshot wound to the neck.

Writer Jim Lewis summed up Stewart thus: "Stewart really didn't fit in anywhere. He wasn't Southern rock, and he wasn't Nashville country." Still, Stewart's work has gained in critical esteem since the '70s. As music critic Robert Christgau wrote, "...he's the equal of any postoutlaw you care to name except maybe John Anderson."

Brotherly Love & Those Were The Days (With Dean Dillon)

Out Of Hand & Your Place Or Mine

Cactus And A Rose (Vinyl)