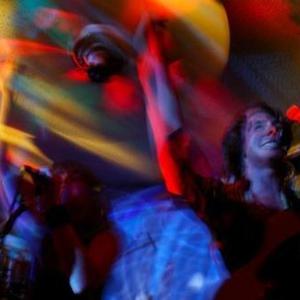 Givers was formed in Lafayette, LA by Tiffany Lamson, Taylor Guarisco, Kirby Campbell, Josh LeBlanc, William Henderson, and Nick Stephan. The members of Givers had previously been active in the Cajun and zydeco music communities in Louisiana, playing with acts such as Feufollett and Terrance Simien and the Zydeco Experience.[citation needed] Lamson was previously a member of New Orleans indie rock band Rotary Downs, and continues to contribute part-time.

On February 1, 2011, Givers signed to Glassnote Records. In March 2011, the band was named one of TIME's "Ten Acts That Rocked South by Southwest". On August 20, 2010, the popular music site Stereogum featured Givers as a Band To Watch.


In 2011, Henderson was replaced by Nick Stephan,[3] and the group released their first full length album In Light on June 7. On June 13, they performed "Up Up Up", the first single off the album, on Late Night with Jimmy Fallon.

Their song "Up Up Up" is featured on EA Sports' FIFA 12 and in the US Television Series Glee, Season 3, Episode 15 - "Big Brother" (performed by Kevin McHale and Dianna Agron), broadcast on April 10, 2012.

The Givers are set to perform at the music festival COACHELLA in 2012,Lollapalooza in 2012 as well as the New Orleans Jazz Fest.