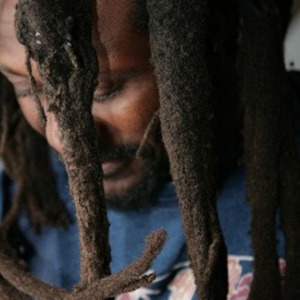 Mr Raoul K hails from Agboville, Ivory Coast, West Africa. In 1992, he left Africa and moved to Hamburg, Northern Germany. While in Hamburg, he got seriously involved with the aesthetic vibe of dance and music. As a result, he started working as a DJ. At the same time, he was getting a professional education as a carpenter. In 1999, he left Hamburg for a smaller city in Northern Germany called L?beck. While working as a carpenter in L?beck, he continued to DJ and finally set up a home studio to learn production basics through trial and error.

As he is a quite rigorous guy, it took him a while to put together a track that met his demands. Following some unpleasant recording deals with certain labels, Mr Raoul K launched his ?Baobab? label in 2007.
His first release ?Le Cercle Peul? got a warm welcome from many renowned producers (Jerome Sydenham, Josh Deep, Tobi Neumann, Henrik Schwarz, Jephte Guillaume) and clubbers worldwide.

Mr Raoul K combines traditional African instruments and rhythms with European production techniques and soundscapes to make beautiful afro-beat house and techno. Each release of his ?Peul' series features a specific African instrument as its main sound. On ?Le Cercle Peul? he used the Cora (African guitar) while on ?Le Karantkatrieme Peul? it was the Balafon (African percussion).

Raoul has gathered fans all around the world and particularly in Japan. A fact not lost on the ears of Mule Musiq from Tokyo (a label that Raoul loves) who has invited him to feature on their compilation "I'm Starting To Feel Ok Vol. 3" which was released in August ?09. The track ?Wind Of Goree? had its own release on Mule Musiq in August ?09.

2009 has been very busy for Raoul as he also set up Baobab Music's sister label Baobab Secret with a friend based in London. Baobab Secret was founded to put out the tracks that do not fit in the output schedule of Baobab Music. It will also be used to release music that crosses the borders of a typical Baobab Music release. Like, put in some explicit electronic soundscapes, speed the tempo up, slow the tempo down and so on. Watch out for suprises!

The first release "Moment Psychedelik" from Mr Raoul K on Baobab Secret is now available on Vinyl and on digital format in your favorite record shop.

Out now!
"Moment Psychedelik" on Baobab Secret released 28/09/09
"Wind of Goree" on Mule Musiq released at the end of August ?09