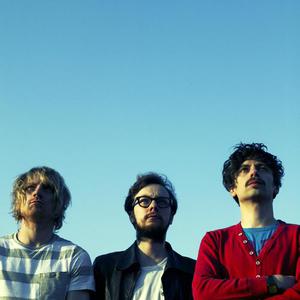 Young Legionnaire was started by Gordon Moakes (Bloc Party) and Paul Mullen (The Automatic/YOURCODENAMEIS:MILO) after meeting when YCNI:Milo were sourcing bands for their ?Print Is Dead' collaborations project. The idea being that bands would go up to the YCNI:Milo studio in Newcastle and spend no longer than one day writing and recording a song for the record. The track they did was called 'Wait A Minute'and the process was a really inspiring experience, sowing the seed of an idea for them to work together again. Two years later, the result is Young Legionnaire.

With a common love of riffs/noise, it seems only natural that after paving the indie/electro wave for Gordon, and Paul honing his pop sensibilities in The Automatic, they would both enjoy a chance to rock out at ultra-volume. The band, completed by drummer William Bowerman (Brontide/iwasacubscout/La Roux), released their first 7inch on Holy Roar on August 16th, 2010. Bowerman has since left the band and has been replaced by Dean Pearson.

The band's first album, Crisis Works, is due for release in May 2011 via Witchita Records.