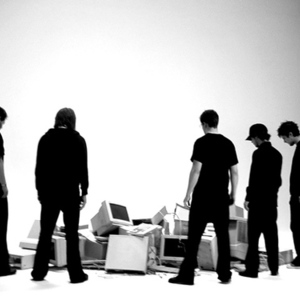 Yourcodenameis:milo were an alternative rock/experimental/math/post-hardcore band from Washington in North East England, UK. They were best known for their debut 2004 mini album All Roads To Fault, which was followed in 2005 by the album Ignoto, both on Fiction / Polydor Records. In 2006 the band left their Polydor contract and within a month signed a new record deal with V2 Records. In November 2006, the band released Print Is Dead Vol 1, a side project album featuring collaborations with other bands. The band's second full-length album, They Came From The Sun, was released on April 2, 2007.

Yourcodenameis:milo's style was influenced by earlier post-hardcore/progressive bands, especially the likes of Cave In, Shellac, Fugazi, and At the Drive-In. Themes such as space/sci-fi dominate their sound and elements, such as track titles and artwork, were often quirky and in-line with a very specific motif the band created for themselves (The Designers Republic are responsible for the band's early artwork with Storm Thorgerson producing artwork from the Rapt. Dept. EP onwards).

While effects were used heavily, as with any post-hardcore band, overproduction is not evident and a raw sound is achieved on both albums. Critics of the album cite the production (often fuzzy and indistinguishable) as the reason the albums have not done well commercially; however, a common retort is that the production is an accurate representation of the band's live performances, and suits the band.

The five band members were:

They Came From The Sun

All Roads To Fault (EP)