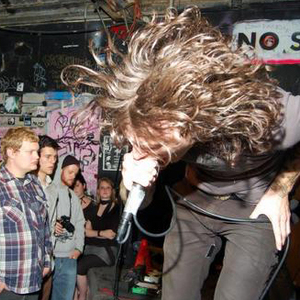 Trap Them is a band from Salem, New Hampshire, formed in 2001. They began as a side project for vocalist Ryan Mckenney (Backstabbers Inc.) and guitarist Brian Izzi (December Wolves). Since forming they have released three albums, Sleepwell Deconstructer, Seizures in Barren Praise and Darker Handcraft, as well as four EPs, Cunt Heir to the Throne, S?ance Prime, Filth Rations and Split with Extreme Noise Terror.

Anyone digging the 90's swedish deathsound from the Sunlight studio should have a go at this.