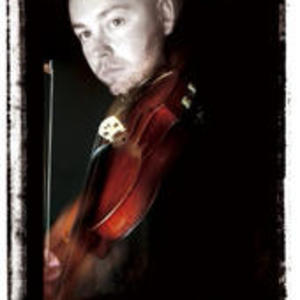 Aidan is a fiddle player and composer from the Isle of Seil on the West Coast of Scotland. He has toured extensively in Europe and North America from the age of 15 and has made his name as one of Scotland's most expressive and dynamic musicians. At 19, Aidan formed Tabache with Claire Mann and went on to record the internationally acclaimed album ?Waves of Rush'. Aidan now performs with the hugely successful BLAZIN' FIDDLES (Live Act of the Year 2004) and in an exiting new trio called LAU with KRIS DREVER and MARTIN GREEN.

Aidan is much sought after as a session musician, having performed on over 60 albums, ranging from Runrig to Michael McGoldrick and Karen Mathieson, and as a composer with his tunes being performed and recorded by Flook and Wolfstone amongst many others. Recently he was nominated as ?Instrumentalist of the year' at the Scots Traditional Music Awards and has been touring with Blazin' Fiddles, who appeared at the Royal Albert Hall as part of the Proms and also headlined Cambridge Folk Festival. In August the Blazers released their third album, ?Magnificent Seven' (Album of the year 2005) which celebrates the band's seventh year together. Recent commissions have included a piece entitled ?MANTRA ALBA' which welcomed the Dalai Lama to Scotland in June last year and FORWARD!, a work inspired by the life and times of Thomas Johnston of Kirkintiloch. Currently Aidan is musician in residence at the Tolbooth in Stirling. ?SIRIUS' is Aidan's first ?solo' album and has evolved from a commission by Celtic Connections festival in 2003. This is a vast piece of work, which incorporates a wide variety of musical styles from ultra-traditional folk to jazz, roots and groove, all of which have had an influence on Aidan's musical style and expression. He has written for a thirteen-piece band incorporates some of Europe's top folk and jazz musicians including Brian Finnegan, Charlie McKerron, Luke Daniels, Harald Haugaard, Colin Steele and Phil Bancroft. The live performances of this piece received much critical acclaim and in April 2004 the Carl Nielsen Academy of Music, Odense, Denmark chose perform ?Sirius' with their final year students as an example of how different musical genres can successfully work together.