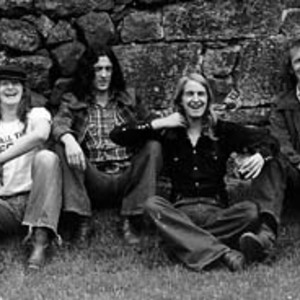 Silly Wizard was a Scottish folk band, formed in about 1971 in Edinburgh by Johnny Cunningham (fiddle, viola, mandola, vocals), Bob Thomas (guitar, mandolin, mandola, banjo, concertina) and Gordon Jones (guitar, bodhran, vocals, bouzouki, mandola). They performed at the Triangle Folk Club for a time, then went on a tour of France in 1972. Soon after, they signed to Transatlantic Records to record an album with Maddy Taylor, who had sung with them on the tour. The album was recorded but has never been released.

Silly Wizard played a variety of Scottish folk music, both instrumental and not, from fast jigs and reels to slow airs. While the majority of the music they played were traditional songs, the band did write many of their own. Phil Cunningham wrote generally instrumental music centered on the accordion, and Stewart wrote several songs in a style often distinctly traditional. The group's overall sound changed little until their final album, A Glint of Silver, which introduced the synthesizer as a prominent part of the band, giving them a slightly New Age sound.

They continued recording until the late 1980s, when the band decided to dissolve after performing for seventeen years and releasing nine albums.

Johnny Cunningham passed away on December 15, 2003 in New York.

Live Wizardry: The Best Of Silly Wizard In Concert

A Glint of Silver

Kiss The Tears Away