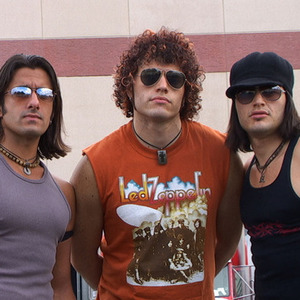 Talk is cheap ? especially in rock ?n roll! All that matters are the music and the performances. Melding the funk and swagger of the 70s with modern arrangements, harmonies and lyrics, ZO2 is single-handedly infusing the rock world with the energy and excitement it has so long been missing. ZO2's obvious talent and charisma has been opening doors for them from the start. Within weeks of their debut independent release, ?Tuesdays & Thursdays?...

ZO2's obvious talent and charisma has been opening doors for them from the start. Within weeks of their debut independent release, ?Tuesdays & Thursdays?, the band was on the main stage opening for Kiss and Poison on their entire 40 city national, VH1 sponsored tour where the toughest audiences in the world embraced them with standing ovations every night. And that year, legendary music magazine, Hit Pararder, featured ZO2 as the only unsigned band to be included in the magazine's ?Year in Metal? issue. Hot on the heels of those impressive accolades, ZO2's next CD, ?Ain't It Beautiful?, was instantly praised in Metal Edge Magazine when they wrote ?It's music that you'll want to play loud, sing along to and memorize all at the same time.? And New York's authority on music, The Village Voice, stated, ??ZO2 has given New York its groove back.?

The Brooklyn-based trio is tireless in support of their music and will stop at nothing to get the word out, combining standard methods of recording and endless touring with an entirely new promotion tool ? television.

ZO2 brought their name and music to homes everywhere in August, 2008 when ?Z Rock? premiered on IFC (Independent Film Channel) as the network's highest rated original series. Critics and audiences alike are excited by the fresh concept and hilariously real storylines. The Hollywood Reporter declared, ?Bottom Line: It's the smart, hip, edgy and sublimely amusing take on struggling musicianship that ?Flight of the Concords? is not.? Touted as ?based on a (kinda) true story?, the 10-episode comedy series features guest stars such as rockers Dave Navarro, John Popper and Sebastian Bach along with notable comedians including Dave Attell, Gilbert Gottfried and Greg Giraldo. Joan Rivers appears in a recurring role with series' regulars, Lynne Koplitz and Jay Oakerson.. And in June, 2009, IFC rolled out another riotous season of ?Z Rock? with even more mayhem, brand new music and exciting new guest stars such as Daryl Hall, Warren Sapp and Chris Jericho, among others.

The band recently released their third CD, Casino Logic, ZO2 brings a harder edge and tighter grooves to the 11 track disc. And, in true ZO2 tradition, the CD is a hands on effort from the band with lead vocalist Paulie Z providing design and art direction and the inclusion of one of four customized playing cards in every CD, each featuring a bandmember or an image of the full band as a fun collectable addition for their dedicated fans.

Each time ZO2 achieves success, they prove what we already know: the rock community is still thriving, hungry and begging for more.

And what does ZO2 mean? Clearly, it's the formula for rock ?n roll.