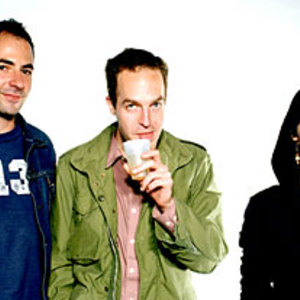 Young People are a minimalist rock outfit with members based in New York and California. The original lineup of the band included vocalist Katie Eastburn, percussionist Jarrett Silberman, and guitarist Jeff Rosenberg (formerly of Pink and Brown).The three began playing together in what they thought was going to be a country band, but with Rosenberg's backgrounds in noisy and textural guitar playing with Pink and Brown, the trio's music soon became something more expansive.

Young People's songs often tend to be short bursts of noisy guitars and primal drumming, with heavy nods to traditional Americana/folk, working/drinking songs, and musical theater, while Eastburn's Bjork-via-Nashville vocals form many a haunting centerpiece of their dusty, experimental dirges. They have released 3 full length albums: "young people", "war prayers" and "all at once."