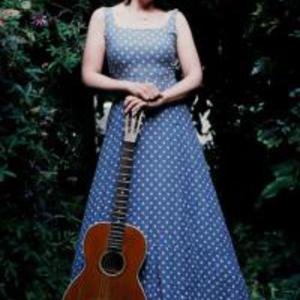 Paula Frazer (b. April 24, 1963) is an American singer-songwriter. She grew up in Georgia and Arkansas and moved to San Francisco in 1981. Her music is frequently described as melancholic alt-country, but with an eclectic mix of folk, blues and pop, among other genres. She first came to notice by fronting the band Tarnation in the 1990s and has appeared on recordings and in concert with many bands and solo artists including Cornershop, Sean Lennon, Frightwig, Tindersticks, The Czars and Handsome Boy Modeling School. She currently records with Birdman Records.

Before forming Tarnation, Frazer played with numerous SF bands, such as Cloiter, Virginia Dare, Frightwig, Trial and Pleasant Day. She was one of the temporary vocalist of Faith No More sometime in between 1983 and 1984. At the time the band only played shows, and often asked new people to step in. Tarnation MK1 featured Brandan Kearney, owner of the SF NufSed label. Kearney didn't stay in the band for long, but he gave Frazer the chance to release Tarnation's debut. That first Tarnation record was called I'll Give You Something To Cry About, and initially appeared in 1,000 copies only. In 1995, 4AD released Gentle Creatures, an album featuring several songs off the previous album. Warn Defever (His Name Is Alive) helped in the production. Mirador appeared in 1997. One year later, Frazer dropped the Tarnation name and continued as a solo artist. In 2006 Frazer revived the Tarnation name and released her seventh record, Now It's Time in March 2007 under the name of Paula Frazer and Tarnation.

Frazer is also a professional weaver, and maintains a MySpace page at http://www.myspace.com/paulafrazer.

Now It's Time (With Tarnation)

Leave The Sad Things Behind

A Place Where I Know