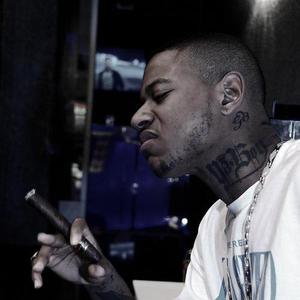 William Joseph Crawford (born January 28, 1984 in the Fillmore District, San Francisco), better known by his stage name Ya Boy, is an American rapper and actor signed to his own Precise Music Group. He also has strong ties with The Game's Black Wall Street label, and is the cousin of fellow rappers San Quinn, Messy Marv and Champ Bailey. He released his debut album Rookie of the Year in 2005, and plans to release his second studio album, which is untitled so far in 2011. He has even done tracks with Jin the emcee such as; Down So Long and a remix of 16's Wit Me called 16's Wit Us

Ya Boy was given his name by his cousin Bailey, and was helped to develop into a rap artist by his other cousin San Quinn. In the Summer of 2005, Ya Boy released his first solo mixtape, Future of The Franchise, and it sold 10,000 copies in the first month alone. This was to be followed up by his debut album, Rookie of the Year. His album features E-40, Turf Talk, Clyde Carson of The Team, San Quinn and more. The first single off the album was produced by Rick Rock and is titled "Step Ya Game Up."

In 2006, Ya Boy began an affiliation with The Black Wall Street. The Game took him under his wing and the two began to network. His affiliation with Game brought him a step higher in the rap game, as he began to collaborate with big name producers such as JR Rotem, Nu Jerzey Devil and Scott Storch to name a few. Pop star Britney Spears' ex-husband Kevin Federline, aka [artist[K-Fed, called upon Ya Boy's talent for writing, and had him ghost write for his debut album Playing With Fire.

Ya Boy makes a cameo appearance in the 1996 crime film Mad Dog Time.

Rookie Of The Year