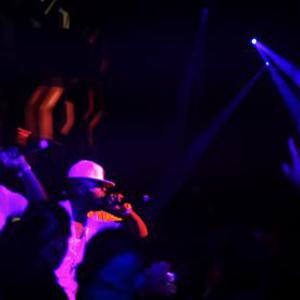 Grafh, born Philip Bernard, hails from Jamaica, Queens, New York. He made a name for himself on the mixtape circuit, where he garnered early support from influential mix-show DJ's in New York. His skill, charisma, honesty, and determination were so obvious that he generated a buzz nationwide and attracted the attention of the major labels. Even in the early stages of his career, Grafh was being heralded as the ?black Eminem.

?? Although he's remained independent, Grafh has had distribution deals with Sony, Rocafella Records, and E1 Music (formerly Koch). As the flagship artist of Black Hand Entertainment, he released a substantial collection of mixtapes and a street album, Autografh, to critical acclaim.

Despite having yet to release a studio album, support for Grafh and his music has been overwhelming ? both among fans and within the music industry. His songs have been featured on HBO's Entourage, Fox's Meth and Red, BET's Ultimate Hustler and in a number of video games, including EA Sport's NFL Streets, Saint's Row, and 25 to Life. Grafh has also been heavily supported by his peers, including Drake, Raekwon, Bun B, Jim Jones, Busta Rhymes, Waka Flocka, and many others. Grafh was surprised, however, when actor Shia LaBeouf said he was ?really, really, really good? in a late-night TV interview with Carson Daly. This sense of appreciation has motivated Grafh to stay true to his fans while touring and releasing new music online via his official website, GrafhOnline.com. He has also built a strong following on Twitter, where he applies an entertaining combination of sharp humor and brutal honesty to everyday life.

Grafh is currently focused on completing his debut studio album. Over the last year, he has built a team of young, talented creatives that are working with him toward the album's release. Chaz Williams, fellow Black Hand alum who's been involved in Grafh's career since day one, is also working on the album. Grafh has redefined his sound ? drawing inspiration from multiple genres ? and has made a concerted effort to be more emotionally candid. The result has been the best music of Grafh's career, with more songs still to record. With this album, Grafh hopes to prove that he's more than just raw talent. He has set out to challenge the labels that have been put on him as an artist ? to push his own boundaries musically, lyrically, and visually. Just as he did at the start of his career, Grafh plans to let the music speak for itself.