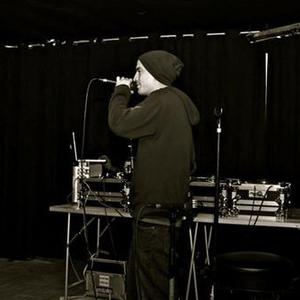 1. - Wax is an American rapper/singer from Maryland signed to Def Jam Records. He was one of the first "YouTube rappers", posting various songs and freestyles on the website since 2007. His videos have over 12 million views combined.
He also records music as part of the groups Wax and EOM, Clockwise and Wax and Herbal T, and was the lead singer of band Macgregor.

2. - Wax was the union of veteran musicians Andrew Gold and Graham Gouldman, which produced several albums in the 1980s. Gold, the son of Academy Award-winning composer Ernest Gold and Marni Nixon (who had handled the singing for, among others, Natalie Wood in West Side Story), had been a member of Linda Ronstadt's band and found success as a solo artist and songwriter in the '70s. Gouldman had been a solo artist as well as a member of Hotlegs and 10cc.

In 1986, Wax released their debut, Magnetic Heaven, which spent nearly three months on the U.S. album charts, spawning the hit "Right Between the Eyes," which just failed to reach the Top 40, peaking at number 43. Two more albums by the duo followed, 1987's American English, which contained the successful European single "Bridge to Your Heart," and 1989's A Hundred Thousand in Fresh Notes. The latter two records failed to achieve sales of the debut and, by the beginning of the '90s, both Gold and Gouldman had moved on to other efforts; the former, in the singer/songwriter collaboration Bryndle; the latter, participating in a reunion with his 10cc mates.

3. - Wax is a rock band based in San Jos?, California. They are best known for the MTV "buzz clip" song, and the videoclip of their song "California," directed by Spike Jonze. The band contributed a cover of Ren & Stimpy's "Happy Happy, Joy Joy" for the compilation Saturday Morning: Cartoons' Greatest Hits and their song "Mallrats" was included in the soundtrack for the Kevin Smith film Mallrats. In the 1996 movie Bio-Dome, the band can be seen performing "He?s a Whore", "Do You Wanna Dance?", and "Your Intelligence". Loomis Fall went on to appear on Jackass the TV series and both Jackass films. The band reunited in July of 2009.

4. - ?? (Wax) is a female rock singer in South Korea. She debuted in 2000 with the single "Oppa" and has had seven albums (one marketed overseas) and two compilations.

5. - Wax is also one of the aliases of Robert Meijer - Dutch electronic dance music producer, active in early '90s.

Old Songs From Youtube That Weren't On Streaming Services Until Now

Ali gets his arms