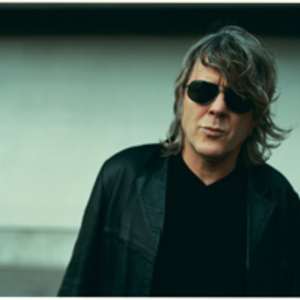 It was in Ostend in the Flemish part of Belgium that Arno Hintjens was born on May 21, 1949. His mother was into the latest things and liked Greco and rock'n'roll. As for his father, an aviator and mechanic in the aeronautic industry, he was someone who liked politics and American literature. In the 1960's, Arno travelled to Asia and made the ritual visit to Kathmandu. We also caught a glimpse of him singing in St. Tropez, on the Greek islands, or in Amsterdam. Undeniably turned onto music, he sang for the first time on stage during a summer music festival in Ostend in 1969.

In the 1960's, Arno travelled to Asia and made the ritual visit to Kathmandu. We also caught a glimpse of him singing in St. Tropez, on the Greek islands, or in Amsterdam. Undeniably turned onto music, he sang for the first time on stage during a summer music festival in Ostend in 1969. Following this he began his career in bands, among them Freckleface between '72 and '75. He played the harmonica. After a unique album which they produced themselves, Arno left the group for another, Tjens Couter. It was in fact a duo with Paul Decouter. Like Freckleface their repertoire was mostly rhythm 'n'blues and in any case, very Anglo-Saxon.

Around 1977, Arno and Decouter formed TC Bland with Ferre Baelen and Rudy Cloet. The group had a certain fame and toured around Europe a lot. But in '80, joined by Serge Feys on keyboards this group became TC Matic, one of the most innovative European rock groups of the period. Quickly Decouter was replaced by Jean-Marie Aerts, who would remain one of Arno's travelling buddies. Europeans, they were indeed that. Their tours took them regularly across Scandinavia, England, France, Belgium, Holland and Germany. During the summer of 1981, their first namesake album was released. Then, on EMI records, they recorded several albums, among them "L'Apache" in 1982. Some of their songs like "Elle adore le noir" or "Putain Putain" are still considered today as pillar compositions of that time.

In 1985, they were the opening act for the Simple Minds during their European tour. But '85 also marked the end of TC Matic who would forever cease to exist in '86.

Arno set out on a solo career with his first namesake album as early as '86. Recorded on a bet with the musicians from TC Matic and entirely composed by Arno, the album was primarily in English. One French song came out of the lot "Qu'est-ce que c'est?" whose only words are? "Qu'est-ce que c'est?" repeated a good forty times.

During the years spent with different groups, Arno made himself a solid name in the music scene. His talent as an artist is widely recognised. As for his wild personality full of ups and downs, it puts him among the most noticed of the rock scene. In his new solo life, Arno didn't have much difficulty asserting his talent on the music scene.

In 1988 he released a second album "Charlatan" which was still primarily in English. We found however "Le Bon Dieu" a sublime cover of the most famous Belgian singers Jacques Brel. Two years later, set up in Paris, he released "Ratata". From this record written almost entirely with Jean-Marie Aerts, we recall "Lonesome Zorro" and its heady melody maintained by its chorist Beverly Brown. On June 26, 1990, Arno went on the Parisian stage at the Cigale.

In '91, Arno works on his companion Marie-Laure Beraud's album. At the same time on his solo route he didn't look down upon the idea of doing some group work. So, in 1991, he found himself with Charles et les Lulus for an eponymous album. Surrounded by Roland Van Campenhout and Adriano Cominotto, he redid some blues classics by Willie Dixon, Sonny Boy Williamson, and Rufus Thomas. From the blues he went straight to Nashville to record a new album in 1993 "Idiots Savants". After Brel, Arno borrowed "Les Filles du bord de mer" from another famous Belgian singer Adamo. This new cover confirmed his undeniable talent to give new life to old songs. This latest remains one of his flagship songs.

On February 16th, 1994 Arno stopped off at l'Elysee Montmartre in Paris.

Still in '94 Arno got started in cinema soundtracks with "Personne ne m'aime" by Frenchwoman Marion Vernoux. The cinema milieu wasn't unknown to him because in '78 in Belgium he wrote the music for the film "Le Concert d'un homme seul".

After a 20-year career primarily in English, Arno released his first album fully recorded in French in 1995. Thirteen tracks co-written with Jean-Marie Aerts or Adriano Cominotto. We find the cover of Brel's "le Bon Dieu" as well as two new songs "Elle pense ? lui" by Charl?lie Couture and particularly "Comme ? Ostende" written by L?o Ferr? and Jean-Roger Caussimon. Arno reached the top of the charts with "Les Yeux de ma mere". The album favoured the mix of genres, from tango to jazz to blues to which Arno's voice always gives a special texture.

December 13th, Arno played the Bataclan in Paris before starting off his tour around France and Switzerland and before he took off for the United States where he sang in New York and Austin, Texas.

The following year we found Arno in the cinema world but this time as an actor. He played the homosexual swimming instructor in "Camping Cosmos" by Belgian director Jan Bucquoy who also directed "La vie sexuelle des Belges" which attracted a lot of attention. Back on stage in October '96 with an evening at the Olympia on the 7th. A live album was released the following year, "Arno (en concert ? la Fran?aise)" which took the best moments from his tours. An album in English was also released in '97 "Give me the gift" but it was only destined for the American market. Finally in '97, French actor Michel Piccoli gave him a role in "Alors Voil?". Arno also wrote the soundtrack.

After Charles et les Lulus, Arno went to Charles and the White Trash Blues in 1998. Within this new occasional group, where we find guitarist Geoffrey Burton he gives us an album between blues and rock and whose covers, now part of his repertoire, go from the Kinks to Nina Simone. In '99 it's again with a cover song that we find him. But this time it's as a guest on the album by American Beverly Jo Scott, who lives in Belgium. Together they did an entertaining track which is a synthesis of "la Fille du P?re No?l" by Dutronc and "Jean Genie" by Bowie.

Arno returned to the music news in August '99 with a new album entitled "A Poil Commercial". Recorded in Arno's habitual blues-rock vein, "A Poil Commercial" brought the singer's husky "whisky-and-cigarettes" vocals even further to the fore.

The singer followed on with a tour spread over the year 2000 and including 170 concerts. And, after a last concert in Prague, the Parisian Cit? de la Musique gave him carte blanche to put on a show of his own choice. Alone on stage with his usual band, he gave a very warm and tasteful 'bal rock', which was grandly applauded by a public of loving fans. A month later a compilation summarising his 30-year career was released.

Arno stormed back into the music news on 26 February 2002 with an album full of tender rock ballads entitled "Arno Charles Ernest" (the singer's real name). The 15 tracks on the album, recorded in a more acoustic vein than usual, included a duet with Jane Birkin ("Elisa") and a cover of the Rolling Stones classic "Mother's Little Helper". Shortly after the album release Arno kicked off a new tour with a concert at the Olympia in Paris on 8 March 2002.

Arno, the insatiable wordsmith, was back at the forefront of the music scene in May 2004 with a second album written entirely in French. The album, entitled French Bazaar, was the 26th of his career. Shot through with the lucidity and acerbic wit with which Arno has made his name, French Bazaar proves that the Flemish singer ? who has just turned 55 ? is still full of life and vitality.