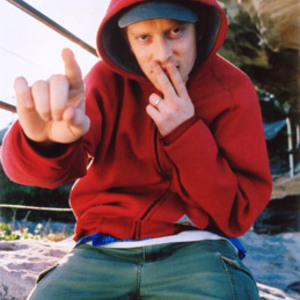 Urthboy is an Australian MC, hailing from the Blue Mountains of New South Wales. He started out in the late 90s with the live hip-hop group Explanetary, alongside fellow MC Realistix, Elgusto (drums) and Luke Dubs (keys). The latter two went on to form Hermitude. He quickly became involved with the fledgling Elefant Traks label, as well as becoming a founding member of The Herd. Currently a director and label manager of Elefant Traks, Urthboy oversees much of the daily operations of the label, from A&R work to promotions, media and accounts.

He quickly became involved with the fledgling Elefant Traks label, as well as becoming a founding member of The Herd. Currently a director and label manager of Elefant Traks, Urthboy oversees much of the daily operations of the label, from A&R work to promotions, media and accounts.

He has been a consistent driving force in various areas of the hip hop scene in Australia ever since. It's seen him promoting interstate events and hosting open mic nights and workshops, contributing to the expansion of Australian hip hop.

In August 2004, Urthboy released his debut solo album, Distant Sense of Random Menace. This skyrocketed his hip hop career through large amounts of air play, and his affiliation with The Herd. His song No Rider was announced as the winner of the Sunscreen film clip competition, which can also be seen on the ABC music video show Rage.

Along with Urthboy's solo work, he and The Herd have released three albums. Their second, An Elefant Never Forgets, was in the AIR Charts Top 10 for over 70 weeks. In 2003, The Herd were nominated for Best Hip Hop Group and Best Album at the annual Dance Music Awards. Their latest album, The Sun Never Sets, was released in 2005, to critical acclaim nation-wide. It is on constant rotation on national youth radio station Triple J, much owing to their cover of the Australian classic, I Was Only 19, which was added to The Herd's second release of the album.

Urthboy is still a solid member of The Herd, and will be in full force on their Trampled tour which kicks off in the latter half of 2006, which tours to many areas all over Australia.

As well as performing regularly with The Herd, Urthboy often appears with Hermitude as guest MC for live performances, featuring on the only vocal track on their debut album (with Ozi Batla and Joelistics), Fallen Giants.

A history of community radio work has seen him hosting The Peanut Spell, an Australian music show on 2SER in Sydney, for the last four years. Prior to that he was a volunteer presenter for the small Blue Mountains radio station 2BLU FM from the age of fifteen.

The Past Beats Inside Me Like A Second Heartbeat