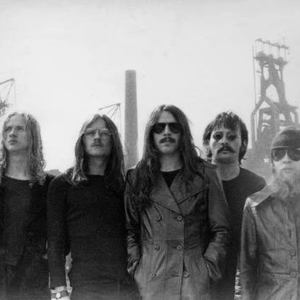 Univers Zero are an instrumental Belgian band known for playing dark music heavily influenced by 20th century chamber music. The band was formed in 1974 by drummer Daniel Denis. For a time they were part of a musical movement called Rock in Opposition (RIO) which strove to create dense challenging music, a direct contrast to the disco and punk music being produced in the late 1970s. Obvious early influences were B&eacute;la Bart&oacute;k and Igor Stravinsky however the band also cited less well known composers such as Albert Huybrechts, who was also Belgian.

Their early albums were almost entirely acoustic but with later releases their sound became more electric. In 1977 they released their first album 1313 on which the members played with a heavy rock and roll approach despite the fact that the instrumentation was largely acoustic. This is mostly due to the use of drums. Two years later the album Heresie proved to be even darker. It has been called some of the scariest music ever committed to record.

Subsequent albums lightened the sound only slightly, but became ever more electric. Whereas early albums featured oboes, spinets, harmoniums and mellotrons their 1980s albums tended to rely more on synthesizer and electric guitar. Despite these changes their overall sound remained fairly consistent.