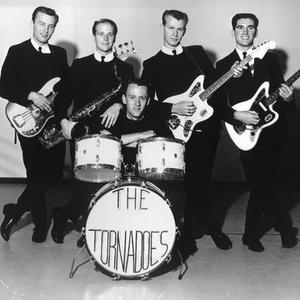 The Tornadoes were a surf band from Redlands, California, the first to receive national airplay with a surf instrumental. The song was "Bustin' Surfboards", released on Aertaun Records in 1962, and it has since become a classic and mainstay of the surf genre. One of its distinctions, and appeals, was that the song opened with the sound of an ocean swell (that continued throughout the song), thereby creating a sense of being at a beach. The album with the same name was released in 1963. The band, however, did not manage to follow up on their success.

Their song "Shootin' Beavers" was banned from airplay because of its suggestive title. The band temporarily changed their names to The Hollywood Tornadoes, because the British band the Tornado(e)s, were charting with the song "Telstar".

Charge Of The Tornadoes