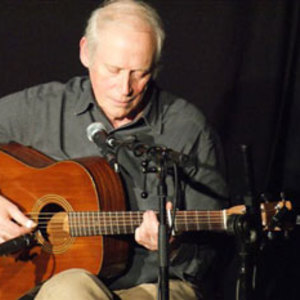 Archie Fisher (born 1939) is a Scottish folk singer and a member of the The Fisher Family, a group of respected traditional and contemporary folk-singers. His sisters Ray Fisher (born 26 November 1940; died 31 August 2011) was also a singer, as is younger sister Cilla Fisher. Archie Fisher was born in Glasgow on 23 October 1939. In 1960 he moved to Edinburgh and appeared regularly at a folk club called "The Howff" run by Roy Guest.

Archie Fisher was born in Glasgow on 23 October 1939. In 1960 he moved to Edinburgh and appeared regularly at a folk club called "The Howff" run by Roy Guest. In 1962 Ray & Archie Fisher released a single on the Topic label, "Far Over the Forth". They appeared on the BBC programme 'Hootenanny'. In 1965 the whole family released an album "Traditional and New Songs from Scotland" under the name The Fisher Family.

By 1964 the Edinburgh Fringe could boast a folk festival in its own right. An album of the participants was released on Decca. It was called "Edinburgh Folk Festival vol 2" and contained tracks by Ray Fisher, Archie Fisher, Anne Briggs, and the Ian Campbell Folk Group (including Dave Swarbrick). Jansch and Briggs performed together but this was never recorded. At an early stage Archie recognised the power of Barbara Dickson's singing and in 1969 invited her to guest on his albums. His live act included 'All Around My Hat', later to become a hit for Steeleye Span. His song "Witch of the Westmorland" was recorded by Barbara Dickson in 1971 on her album "From the Beggar's Mantle", by Archie on "The Man With a Rhyme" in 1976, by Stan Rogers in 1979 and by Golden Bough in 1983.

In 1983 he started hosting a folk programme on Radio Scotland, called Travelling Folk. It is still running. He appeared as the lead guitarist on Tom Paxton's 1986 album, The Very Best of Tom Paxton. After Barbara Dickson achieved fame as an easy listening singer it was many years before she sang folk songs again. When she did, Archie was invited back to join her. Archie has toured Canada and the USA. His style of singing is very gentle and he avoids all electronic instruments. "Dark-Eyed Molly" has been recorded by Fairport Convention, Eva Cassidy, Stan Rogers, and Sheena Wellington. He now lives in the north of England.

Off The Map (With Garnet Rogers) (Live)

The Man With A Rhyme (Vinyl)