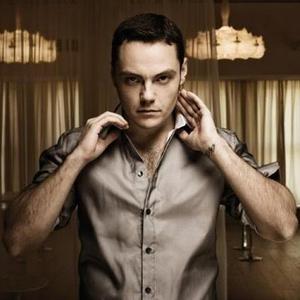 Tiziano Ferro (born 21 February 1980 in Latina, Italy) is an Italian latin pop singer. He also records Spanish versions of his Italian albums and has had notable success in Europe and Latin America, Ferro has sold more than 7 million albums worldwide. He is one of the most famous contemporary Italian musicians. His music is basically pop, with influences of rock, r&b and hip-hop or other music styles.

His 2001's debut album, Rosso Relativo was characterized by a R&B/hip-hop flavor (although there was some controversy when the Italian satirical TV show Le Iene pointed out the similarity between his first hit single "Perdono" and a previous song by R.Kelly called "Did You Ever Think"). The Spanish version of this album was called Rojo Relativo and fared very well throughout Spanish-speaking parts of the world. In late 2003, Ferro released his second album, 111 Centoundici. It affirmed his place as one of Italy's top pop stars. In 2006 his third studio album Nessuno ? solo was released and debuted at number one in Italy and Argentina. It debuted at #10 in Chile, and #11 in Spain. The album was certified triple platinum. Tiziano released his new CD, titled Alla Mia Et? in 2008.