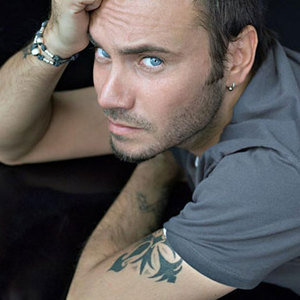 Filippo Neviani was born in Sassuolo (Modena) on January.6, 1972. He began playing drums and guitar at nine years of age. In the second half of the 1980s he began searching for a well-defined expressive identity: he started playing in small clubs with his band ?Winchester?, and subsequently enjoyed budding notoriety in the Bologna province with soft-rock band ?White Lady?. In 1991 he came second at the Castrocaro Song Festival, which at the time represented a major promotional opportunity for emerging artists.

His stage name Nek dates back to 1992, when his first album was released with that same title: ?Nek?. Despite being a newcomer to the music business, Filippo immediately displays considerable artistic talent and great sensitivity in choosing the subject matter of his songs: in 1993 he came third in the New Talents Section of the Sanremo Festival, with the song ?In te?, that dealt with the controversial issue of abortion (inspired by a musician friend's true experience), and first revealed the unending love for life which still characterises his work. ?In te? was also the title of Nek's second album, which included a version of his song ?Figli di chi?, also entered in the '93 Sanremo Festival and performed by Mietta.

In the summer of 1994 he released ?Calore Umano?, his third album, and came second at the Festival Italiano, hosted by Mike Bongiorno, with the song ?Angeli nel ghetto?. Also in 1994 he received his first major acknowledgement, together with Giorgia: the European Award as best young Italian pop artist. Nek subsequently made important progress along the path of maturing as an artist: over the following years, spent recording demos, his vocal talent came into its own and impressed an indelible mark on his new songs, which began to feature a markedly international sound and straightforward lyrics about everyday life, inspired by personal experiences or stories by which Filippo was in some way touched.

After having signed a recording contract with WEA, which has remained his label to date (now Warner Music), in 1997 he took part in the Sanremo Festival, in the ?Star? category, with a song that was destined to become a massive hit: ?Laura non c'?? sparked enthusiasm right from the first performance, and although it failed to win the Festival, it became that year's edition's greatest hit. The huge success of ?Laura non c'?? boosted sales of the album ?Lei, gli amici e tutto il resto?, which went 6 times platinum, selling over 600,000 copies in Italy alone. That same year Nek also took part in the Festivalbar with the song ?Sei grande?, and debuted on the European market, garnering positive reviews in Spain, Portugal, France, Germany, Switzerland, Austria, Sweden, Belgium and Finland. The public's reaction was also sensational, and ?Lei, gli amici e tutto il resto? went on to sell two million copies worldwide. Nek's confirmation as a major international artist arrived when the album was published throughout Latin America, including Brazil, Peru, and Colombia, and soon reached gold status in Argentina and Mexico in its Spanish version.

Nek's fifth album, ?In due? was released in June 1998, simultaneously in Europe, Latin America and Japan. The single ?Se io non avessi te? immediately topped the sales charts and ranked high in all the major radio play charts for over four months. In the meantime, Nek also consolidated his success in Europe: on July 9, 1998 he received the IFPI award in Brussels for having sold more than a million copies of his previous CD, ?Lei, gli amici e tutto il resto?, in Europe. Audiences also rewarded ?In due?, which went three times platinum in Italy, platinum in Spain, and gold in Austria, Switzerland and Argentina. In Germany, Austria and Switzerland, Nek reached the top 20 with two albums simultaneously: ?Lei, gli amici e tutto il resto? and ?in due?. In the first half of 1999 he toured Italy, Europe and Latina America, enjoying great success wherever he performed.

His sixth album ?La vita ?? was released worldwide on June 2, 2000, and stood out for Nek's brilliant artistic choices, the quality of the musical project, and the disarming effectiveness of the compositions. Rather than seeking a revolution, Nek was looking to perfect the mission of every artist: reaching people's hearts with beautiful songs and positive messages.

Two years later, on May 24, 2002, his seventh album ?Le cose da difendere? was released, once again worldwide, 11 new songs that revealed to what extent Nek had matured as a songwriter, also thanks to his new manager Alfredo Cerruti, who produced the album alongside Dado Parisini (the team behind Laura Pausini's success).

On October 10, 2003, his first greatest hits compilation was released, in both the Italian and Spanish versions: ?Nek The Best Of? L'anno Zero? crowned an immensely successful ten years by offering hits taken from the seven previous albums, plus two unreleased tracks, ?Almeno stavolta? and ?L'anno zero?. The album sold over 250,000 copies in Italy alone, and soared to the top of the charts, where it stayed for 27 weeks, of which 13 in the Top Ten.

His eighth album of originals, ?Una parte di me?, was released on May 13, 2005, produced once again by Cerruti and Parisini, and available around the world in both the Italian and Spanish version. The single ?Lascia che io sia? is a gripping pop-rock song which highlights the maturity reached by Nek with his latest productions, in terms of both song-writing and recording. The year 2005 was very rewarding for Nek, who won that year's edition of Festivalbar 2005 with ?Lascia che io sia?, the single which ranked high in radio play charts for 20 weeks, and was one of Italy's Top Ten selling singles for one year. The two following singles, ?Contromano? and ?L'inquietudine?, also climbed the charts, and the album ?Una parte di me? sold over 200,000 copies, staying in the Top Fifty for over 50 weeks. In November 2005, the arena tour to promote the new album debuted at the Milan Forum with a sold out show, and went on to match the same achievement in every major Italian city.

In July 2007 he received the prestigeous ?Premio Lunezia? for ?Poetry in Music?. This Italian award is given to the most successful and appreciated singer-songwriter.

In the summer 2007 Nek recorded the duet of ?Para ti seria? with Rachel , the singer of the famous Spanish band ?El sueno de Morfeo?. The duet was included in the re-edition of ?En el cuarto 26? and the single reached # 1 in the Spanish download charts (more than 250,000 downloads), holding this position for several weeks.

In 2008 he recorded a the duet of ?Walking Away? with Craig David, which was included in the greatest hits of the British artist.

On January 30, 2009 Nek will release ?Un'altra direzione?, his new album which contains 12 new originals plus ?Walking away ? duet and it's preceded by the single ?La voglia che non vorrei? on radio from January 9th.