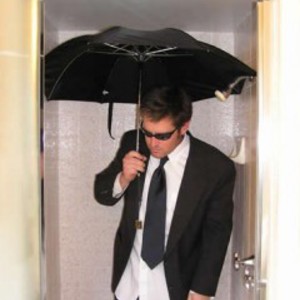 The Story... Well Wishers frontman and brainchild Jeff Shelton made a concerted effort to ?get back to the basics? with Jigsaw Days ? the 4th full-length release from this San Francisco-based power pop collective. While 2007's How I Won The War saw the band exploring more 80s post-punk textures, Jigsaw Days is return to form with pure pop melodies, warm chiming guitars, and swirling vocal harmonies that punctuate Shelton's penchant for elaborate pop arrangements.

In fact, the classic power pop elements of Jigsaw Days are not far removed from Shelton's former band Spinning Jennies ? one of the more revered and long-lived bands in the San Francisco scene through 90's and early 2000's.

Recording most of the album tracks at his home studio allowed Shelton the freedom and flexibility to experiment, embellish, explore, and re-take after re-take until everything was completely perfect. With drum tracks provided by former Spinning Jennies drummer Nick Laquintano, Jigsaw Days is a bold, melodic assault from start to finish ?an album that reveals some of the best songs in the Well Wishers prolific cadre.

The Rest of the Boring BIO...
Following the demise of Spinning Jennies, one of San Francisco's most revered and long-lived power pop bands, frontman Jeff Shelton formed the Well Wishers to explore his talents as a solo artist and further mine the deeply melodic foundation of the Jennies' unique style of pop.

Since forming in 2003, the Well Wishers have released THREE full-length albums - 2004's "Twenty-Four Seven" and 2005's "Under the Arrows" - both on pop-friendly NotLame Records, and 2007's post-punk/power pop odyssey "How I Won The War". Based on a solid foundation of melody, songsmith, and the ever important "musical hook", all the Well Wishers' albums offer a warm, full-bodied sound and engaging take on the typical power pop formula.

How I Won The War