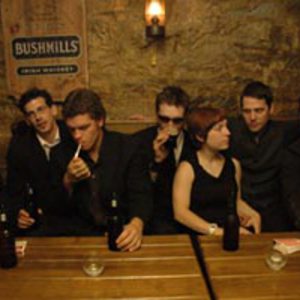 The Tossers are a seven-piece Celtic Punk band from Chicago. They formed in the early '90s (following in the wake of the Pogues) and have toured with Lost City Angels, Murphy's Law, Streetlight Manifesto, Catch 22, Dropkick Murphys, Lagwagon, and the Siderunners. Their most recent release, Agony (Victory Records) came out in March 2007. Lead singer/songwriter Tony Duggins also released a solo cd of acoustic numbers in early 2006.

They released their new CD/DVD 'Gloatin' and Snowboatin' on March 4. It was recorded live at their St. Patrick's Day show in 2006.

The Valley Of The Shadow Of Death

First League Out From Land (EP)