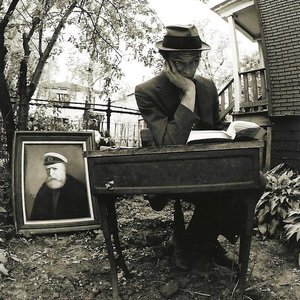 Like gospel that spreads from tavern to tavern, ship to ship, town to town, the music of The Thin Man resonates outwards towards an always-heedful mass. The Thin Man's songs are midnight lullabies and daydream fantasies, literate tales that spin their maxims in tapestries of velvet chords, minor accordion keys, rousing R&B arrangements, and rollicking guitars. Infused with an inspired whiskey wit and sharp eye that careens out into the endless sea of the City, The Thin Man gives voice to the vice of observation.

The Thin Man came to life as a solo project of Kennedy Greenrod, who had left his native England, relocated to Chicago (after a stint in California) and acquired an accordion. His original vision of a one-man-band-on-a-bicycle careening down the Magnificent Mile playing Magnificent Music for the Magnificent met with grave technical difficulties and was scrapped.