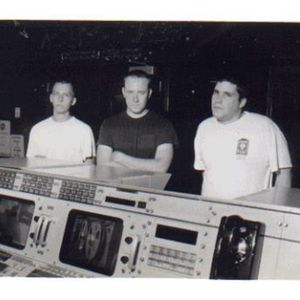 The Lillingtons (1996-2001, 2006-2008) were a punk rock band from Newcastle, Wyoming. Considered a pop punk act by contemporaries, their sound often draws comparisons from punk pioneers the Ramones. The original lineup consisting of Kody Templeman, Zack Rawhauser, Cory Laurence, and Tim (Timmy V) O'Hara as a four-piece only recorded the first 7","I Lost My Marbles", produced by Joe King of The Queers for his More Bounce to the Ounce compilation CD. The band continued as a three-piece after Zack quit.

The original lineup consisting of Kody Templeman, Zack Rawhauser, Cory Laurence, and Tim (Timmy V) O'Hara as a four-piece only recorded the first 7","I Lost My Marbles", produced by Joe King of The Queers for his More Bounce to the Ounce compilation CD. The band continued as a three-piece after Zack quit.
Their first full-length album, titled Shit Out of Luck, was released on Clearview Records in 1996. Following the release of their first album the band changed their lyrical focus. In 1999 they went into the studio with producer-engineer Mass Giorgini to record a new LP. This was done with the band's own money, and without the benefit of a record label. The result was Death By Television, an album that took sci-fi movie-themed songs such as "War Of The Worlds" and "Invasion Of The Saucermen" and combined them with tracks that made references to other retro themes, such as "X-Ray Specs." The recordings instantly created a buzz. Successful label Fat Wreck Chords offered to release the album, but the band had already accepted an offer. They signed with Panic Button Records, an imprint of influential punk label Lookout! Records that was overseen by Ben Weasel of Screeching Weasel fame.
The band spent the next two years touring heavily within the punk scene and disbanded after teaming with Giorgini for their final Panic Button/Lookout! release, the spy-themed LP The Backchannel Broadcast, which was released in February, 2001. The album included the song "Wait It Out", written by Ben Weasel and later re-recorded by The Riverdales for their record Phase Three.
John Jughead (of Screeching Weasel and Even in Blackouts) filled in as second guitar on many tour stops on the Death by Television and Backchannel tours. Other notable appearances on these tours include Ben Weasel (at The Fireside in Chicago, his first stage appearance since 1995), and Lurch Nobody. Timmy V left the band after Death by Television and was replaced by Austin, Texas drummer Scott.
Red Scare Industries reissued Death By Television (remastered) and Backchannel Broadcast in 2005. The band split for a few years before reuniting with all original members to release a new album, The Too Late Show in 2006 with no plans on reuniting for a tour to support due to the members' other commitments.
Frontman Templeman is currently a member of Laramie, Wyoming pop punk band Teenage Bottlerocket. Drummer Timmy V is currently playing as a hired hand with Albuquerque, New Mexico all girl three-piece The Eyeliners, and plays drums in his own project Stabbed in Back, a solo hardcore/punk project entitled A Portrait of Noise.

The Too Late Show