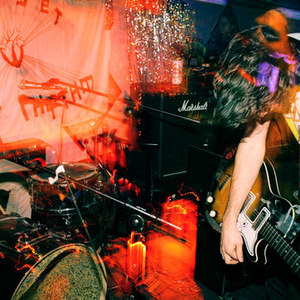 The mind-numbingly violent sounds of The Hospitals are among the most intense ever to creep out of Portland, Oregon. This remarkable guitar-and-drums duo assault their instruments and audience in a way that could be described conservatively as wildly aggressive and frantically crazed, deliberately harsh and unapologetically brutal. Drummer / vocalist Adam Stonehouse attacks his kit in a style that has to be seen to be believed (any description would only trivialize it), all the while screaming as if he were passing kidney stones.

Guitarist Roddy thrashes away with kinetic and spastic riffs that would make Greg Ginn proud. Influenced by the likes of Flipper, The Scientists, Electric Eels, Japanese noise bands, power tools and pro wrestling, the "music" of The Hospitals is not for the squeamish or faint of heart or eardrum. Brevity is the order of the day here, because, really, how long does one need for the aural equivalent of a knife assault? Seriously.