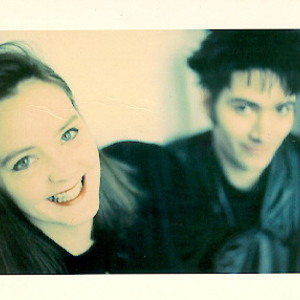 The Glee Club was a early 90's band, part of the 4AD family. They started out as the Swinging Swine but Vocalist/lyricist Joanne Loughman and guitarist/violinist Hugh O'Carroll split off to pursue a style closer to that of the bands they loved most. They were often accompanied by guitarist Kevin Boyle an drummer Adrian Meehan Influenced by My Bloody Valentine and Cocteau Twins, Irish Folk Music and Post-Punk Alternative.

Released a self-titled EP on Irish label Setanta in 1993, followed by "Mine" on the 4AD label in the US.

They broke up around 1995, O'Carroll moved to San Francisco while Loughman returned to her home in Ireland.