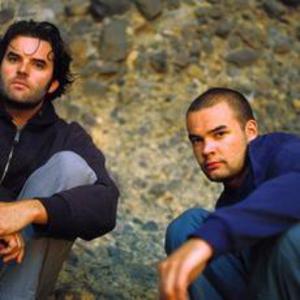 Behind the successful production of Antix are the brothers Hayden and Barton Strom. Making music together since 1999 and are today working full time as producers in their Slowburning Studios, Auckland New Zealand. What has made Antix such a success? Here's a little view of their backgrounds that has for sure shaped them as producers. Both Barton and Hayden were introduced to music at a young age, listening to music from their parent's vast record collections. They quickly became addicted to the hypnotic sounds of trance in '95 when a friend handed them a tape urging them to check it out.

What has made Antix such a success? Here's a little view of their backgrounds that has for sure shaped them as producers. Both Barton and Hayden were introduced to music at a young age, listening to music from their parent's vast record collections. They quickly became addicted to the hypnotic sounds of trance in '95 when a friend handed them a tape urging them to check it out. Barton instantly purchased a mixer and started DJ'ing at small parties in the growing Auckland scene. Six months later he had moved to Japan to buy studio equipment and teach himself the art of production, where Hayden later joined him.

Together they returned to New Zealand, setting up various studios around Auckland and refining a sound, which really came together once they moved to the West Coast of the North Island and set up Slow Burning Studios in '99. The sound that seemed to evolve was a kind of minimal organic groove influenced by the European sound being played by DJ Philipp from Plastik Park and Anti from Spiral Trax. It wasn't long before a connection was made when Philipp toured Australia and New Zealand in 2000, and Antix were signed for their first 12" (Rainstick) on Plastik Park. Since then Antix have published almost 50 works.

From there the brothers have toured the globe extensively with their first trip to Europe in 2001 and have been back every year since. In this time the two have managed to put a few of the "big ones" under their belts, playing the VooV and U-Site Fusion Festival in Germany, The Boom in Portugal, and The Rainbow Serpent in Australia as well as Fabric in London to play alongside other respected artists for the annual New Zealand music night.

In 2003 Antix completed their long awaited debut album "Lull" released on the Danish label Iboga Records, which has been fervently received by fans and critics alike, the world over. Lull is acclaimed for it's smooth production and the trademark percussive flair of Antix. Recurrent mention too has been made of its remarkable range; it's ability to work in a club or under the stars, it's combination of old school tricks and new techniques, the mystery of it's deep and fat pulsating bass lines alongside it's uplifting, sexy atmospheres. Some have even been driven to proclaim it as their soul saviour. It is no surprise then that their 3rd world tour in 2003 was a great success, with dates being played in Denmark, Sweden, Croatia, Japan, Portugal, Switzerland, Germany, Greece, Hungary, Austria, Australia, New York, Mexico France and of course New Zealand.

2004 was a busy year for the brothers with the birth of their new project "Fiord" completing remixes for " Fitalic "Vapour (AUS), Bedrock (UK) and 19 Box (JAP). Locally in New Zealand a remix of a the "he Fanatics" track "Girl" which was nominated for the best remix of 2004 in the B- net music awards. Also a remix of an other local, Rhian Sheehan's "Hiding Place" which is out now on his remix album "Music for Nature Doco's" on LOOP Recordings and to start the year rolling the duo are clubbing up a Pitch Black track from their new album Ape to Angel as well as teaming up with Auckland DJ Rob Salmon. On top of all this they seem to find time to write commercially for film and television under their company Slowburning Studios.

And hot off the press the new Antix album has just been completeted. "Twin Coast Discovery" is for sure an exciting progression from "Lull" and is scheduled to hit the streets around the end of April 2005 on Iboga Records. "With tighter kick drums, layers of beats, and vocoded efx it has shifted their sound into a progressive tech/house space. Its release should propel them forward to even greater things".

Antix have been producing a sublimely deep minimal groove that has been rocking dance floors accross the globe far and wide. Their first 2 albums ? ?Lull? and ?Twin Coast Discovery? were landmarks on the progressive scene with top notch reviews and support from leading Dj's and fans alike.

With their third installment entitled "Wanderers" they've raised the stakes even higher. Keeping to their Antix roots with deep atmospheres, infectious bass and minimal grooves this album is abstract, innovative and unleashes a new level of production.

Last December Antix toured North America, playing dates in NY, Seattle and Montreal, armed with a camera crew capturing behind the scenes footage, candid interviews and live performances. Backed with the Wanderers soundtrack of their last album and showcasing their latest live set up. This double disc DVD/CD package comes with 12 re-dubbed edits from dub step, minimal to trip rock. Be lead astray and witness the results of this recent adventure.

Iboga Records and Antix are proud to present Wandering The Remixes and DVD. The 30 minute DVD of the USA Antix tour and a wonderful 12 track remix CD containing an impressive selection of artists giving their interpretation of the already famous Antix tracks. The album is perfect for the home and also certainly for the progressive dance floors of today.

A modern sound that is very hard to ignore, it will sweep across the dance floors of clubs and festival in the coming months.

Don't miss out on this exclusive and beautiful release in digi pack format.

I'm Falling For You Again (Vinyl)

Get Up, Get Happy (VINYL)