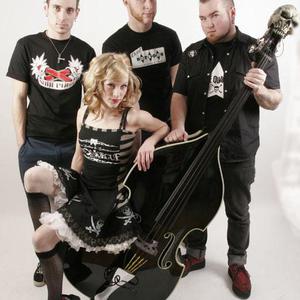 Formed in the dirty back alleys and dive bars of Toronto in 2005, The Creepshow has redefined the saying ?No Rest For The Wicked?. Since their inception, the band has brought their genre-defying blend of country-tinged, psycho punk rock n' roll to over 25 countries worldwide with plans to conquer many more as soon as possible. Fronted by the fiery Sarah Blackwood (guitar/vox) and backed by the swarthy Sean ?Sick Boy? McNab (stand-up bass/vox)...

Death At My Door

They All Fall Down

Run For Your Life