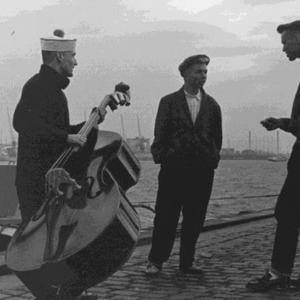 In 1983, childhood friends and schoolmates Jeroen Haamers (guitar) and Johnny Zuidhof (drums) formed the Dutch rockabilly band Batmobile Recruiting Jeroen's brother Eric, the band began playing local venues, covering the likes of Elvis Presley, Johnny Burnette and Gene Vincent. After a few years, the group decided to start writing their own material. Their songs were heavely inspired by the rockabilly past but infused with a restless and manic energy. This sound, combined with their purportedly wild live shows, attracted people from the psychobilly scene towards the band.

Within some time, record labels began showing interest in Batmobile. In 1985, the group produced their first record, and continued with a successive string of albums that plunged further into the psychobilly sound. The band, however, thought that most of the bands in this genre lacked 'creativity and musicality'. This is why Batmobile decided to play only their own sound and style, which they begin to call B-music. Like a B-movie, B-music represents bad musicians, cheap humor, horror, naked women and fun times. On the group's tenth album, they decided to abandon the upright bass, opting for an electric bass in order to become the Mot&ouml;rhead of psychobilly.

Welcome to the Planet Cheese

Blast From The Past, The Worst And The Best