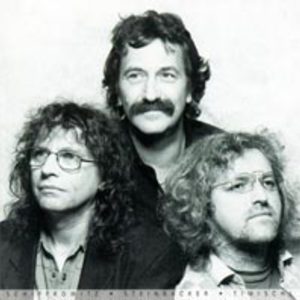 There are at least five artists with this name: 1) acoustic Austrian trio 2) a rapper from Atlanta who moved to Philadelphia 3) a dutch band 4) a solo project from William Rehn of Detroit, Michigan, currently based in Los Angeles 5) Hardcore band from Punxsutawney, PA. 1) S.T.S. is an Austrian band-trio that was founded in 1978 by Gert Steinb?cker, G?nter Timischl and Schiffkowitz (also known as Helmut R?hrling ).

1) acoustic Austrian trio
2) a rapper from Atlanta who moved to Philadelphia
3) a dutch band
4) a solo project from William Rehn of Detroit, Michigan, currently based in Los Angeles
5) Hardcore band from Punxsutawney, PA.

1) S.T.S. is an Austrian band-trio that was founded in 1978 by Gert Steinb?cker, G?nter Timischl and Schiffkowitz (also known as Helmut R?hrling ). All three musicians were born in Styria (a state/ Bundesland of Austria). This not only influenced the lyrics of a lot of songs, they also sing their songs in Styrian dialect. All three play acoustic guitar and they sing their refrains in three voices, while the solo-part of the song is, except of some songs, sung alone by the composer of the song. It is believed that the band "Crosby, Stills and Nash" was an important role model for S.T.S. Till now S.T.S. received 13x gold, 8x platin, 2x double-platin and 1x quadruple-platin for their productions. They gained a big part of their popularity and famousness due to the loyalty to their own musical style and their love & passion for live-performances. One of their most famous songs are beneath of ?F?rstenfeld? and ?Da kummt die Sunn?: ?Gro?vater?, ?G?, Du bleibst heut Nacht bei mir?, ?Wunder meiner Seligkeit?, ??berdosis G'f?hl? and ?Irgendwann bleib i dann dort?.

The early years:
All three musicians went separate ways till 1975 and played in several different Styrian and German bands till they first came together to a trio. Gert Steinb?cker and Schiffkowitz sometimes played together before in a loose formation. Later G?nter Timischl joined them. A first and short performance was held at the ?Forum Stadtpark? in Graz (the capital of Styria). ?Forum Stadtpark? was a small event at which mainly poets were invited. Shortly after this, they held their first ?real? performance as a band on the 4th of December 1975. Although the band got regional popular, the split up after their alleged last concert in April 1976. However, after challenging years for every member of the band, they came again together in 1978 and finally founded the band S.T.S.

2) STS formerly Sugar Tongue Slim is a keen and clever wordsmith, Atlanta native Sugar Tongue Slim migrated to Philadelphia in 2000 where he infiltrated the underground scene, embracing the concrete urban culture. Dominating across the board from poetry slams to Hip-Hop ciphers, STS emerged with a hypnotic hybrid of southern spiel and northern street say-so. It was just this infectious combination that landed STS the job of co-writing Ciara's 2005 smash hit, "Oh"with renowned producers Andre Harris and Vidale Davis featuring vocals from Ludacris. No novice to the music industry, Slim has collaborated with several established producers including DJ Jazzy Jeff, Ivan Barias, Carvin Haggins, and Kwame. Slim's buzz worthy catalogue includes collaborations with Charlie Baltimore, Lloyd, Nas, and Mario. He has written for and worked with the likes of Jill Scott, Eve, and Beanie Sigel, just to name a few.

Backed by in-house production machine G.O.L.D. (Gentlemen of Leisure and Development), STS shows no constraints to taboos and exhibits no allegiance to norms. His lyrical wizardry speaks to a variety of topics not excluding social, economic, and political elements. In the frenetically focused "Hustle", Slim declares: "I don't wanna talk unless we talkin' poilitics, dead presidents, or Bush's impeachment/I'm in a jeep tryna fight my own war/We got third world neighborhoods that need some resource." Not sacrificing style for intellectual depth, STS delivers vivid storytelling on "F.A.B.", a raw tale of a calculating woman and edgy party heat over urban bangers like "Look Out Weekend."

Sugar Tongue Slim is a versatile and dynamic lyricist with lightning quick comedic timing who holds a mirror up to the rap game in jest as an honest caricature, but whose mastery and flow places him at the fore of Hip-Hop with the most serious of emcees. His "city slick tongue mixin' with the country grammar" is a fundamental element of the evolution of Hip-Hop. STS is certain to have mass appeal.