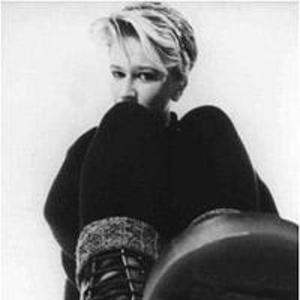 For more than 30 years Anne Clark has held a unique place in contemporary music. Combining literary, socially engaged texts with innovative and genre-breaking music, she has covered every kind of style, while at the same time maintaining her own identity on each and every recording, whether it be the samples (before sampling became a concept) and electronically treated acoustics of The Sitting Room (1982), to the ground-breaking analogue synth classics of Sleeper In Metropolis (1983) and Our Darkness (1984).

Consistently looking for new ways of expression and communication through the emotion of music and language, Anne seeks to not only challenge herself but her audience also.
Going between extremes of the minimal Scandinavian jazz influences of Unstill Life (1991) to the pastoral and poetic interpretations and translations of Rainer Maria Rilke's poetry on Just After Sunset (1997), to the full-on electronics and sparse acoustics of The Smallest Acts Of Kindness (2008), very few artists have covered such a wide spectrum over such a long and consistent career.
At the end of 2010, Anne Clark released the first chapter of a vibrant and on-going project Past & Future Tense, the first release on her own label, After Hours Productions.
Rather than turning out yet another compilation or collection of back catalogue, she decided, in this special anniversary year to invite young and innovative musicians, producers and DJs to take her material, all her material, not the most obvious numbers and to not just ?remix? them but completely re-interpret them.
The result a fresh, exciting and contemporary view by a new generation of an artist who in her turn influenced them and their development in the endless possibilities of electronic music.
In January 2011 Anne contributed an arrangement of the Charles Baudelaire poem Enivrez-Vous (Be Drunk) to the audio book and radio play Die K?nstliche Paradiese, (H?rbuch Hamburg/Radio Bremen).

The Smallest Acts Of Kindness

Law Is an Anagram Of Wealth