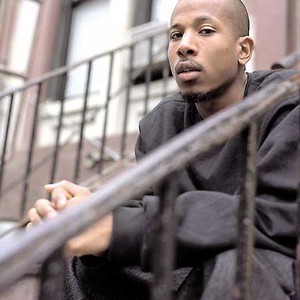 Shyne (real name Moses Michael Leviy (born Jamal Barrow) is a rapper born on November 18, 1978 in Belize City, Belize to a Belizean Creole politician and a Garifuna mother. SHYNE'S BIO As a child, he was spurned by his father due to his illegitimacy and mixed ethnicity. Shyne is said to be a practicing Jew. Born in Belize, Barrow relocated with his mother to Brooklyn, in New York's Flatbush district at about age 13. Despite some time on the streets in his early teens, Shyne subsequently held down a steady job while continuing his education and pursuing his interest in music.

As a child, he was spurned by his father due to his illegitimacy and mixed ethnicity. Shyne is said to be a practicing Jew. Born in Belize, Barrow relocated with his mother to Brooklyn, in New York's Flatbush district at about age 13. Despite some time on the streets in his early teens, Shyne subsequently held down a steady job while continuing his education and pursuing his interest in music. He was fortuitously overheard rhyming in a barbershop by producer DJ Clark Kent, who, noting the young rapper's vocal similarity to the late Notorious B.I.G., steered him towards Combs and Bad Boy.

A prot?g? of P. Diddy who had been touted as the new star of Bad Boy Entertainment following the Notorious B.I.G.'s death, Shyne's career was left in the balance by his indictment on an attempted murder charge in January 2000. His involvement in the previous month's notorious nightclub incident (at Club New York on December 27, 1999), in which his mentor was also embroiled, hampered the promotion of his debut album. At the same time, however, the encounter raised Shyne's street credibility.

In 1998, Shyne signed a lucrative deal with the company, making low-key appearances on various Bad Boy compilations and solo albums while working on his own debut album. Immediately following the nightclub fracas, Shyne was brought center stage in the ensuing media circus. He was freed on bail in time for the release of his debut single "Bad Boyz", which featured vocal contributions from Barrington Levy. His self-titled debut, a gangsta rap album generally panned by the media as an uninspiring and mediocre, was eventually released in September. Shortly thereafter, on June 1, 2001, Jamal Barrow was charged in a New York court with first-degree assault, gun possession, and reckless endangerment. The trial was presided over by New York State Supreme Court Justice Charles Solomon, who commented that Shyne was intelligent and talented, but nevertheless guilty. He was sentenced to 10 years in prison, a sentence that Shyne is still serving at Clinton Correctional Facility as of 2005.

Meanwhile, Puffy and his bodyguard, Anthony "Wolf" Jones, were acquitted of all charges. The seeming abandonment or betrayal of Shyne (some fans and journalists have labelled him as Puff Daddy's "fall guy") has driven a wedge between them, with Shyne leaving Bad Boy Records for Def Jam.
Album cover for "Godfather Buried Alive"
Album cover for "Godfather Buried Alive"

Since his imprisonment, Shyne has gone on to release his sophomore album, Godfather Buried Alive. On the album he dissed various artists, namely 50 Cent (on the track For the Record) The album has been criticised as being incomplete and underpromoted by his label, with several tracks having been literally "phoned in" from prison. He did enjoy one modest hit from the album: Jimmy Choo, a song that featured the vocal stylings of R&B singer Ashanti. He is now signed to his own Gangland imprint on Def Jam Records.

2005 continued Shyne's fall out of the limelight and into bad luck. In March, Justice Michael Garson ordered that any revenue generated under Shyne's contract with Island Def Jam would be held in a bond until verdicts have been reached in the civil suits filed against him by the shooting victims. Garson cited the state's revised "Son of Sam Law", barring inmates from profiting from their crimes. Also up for a possible review in 2005, Shyne's motion was rejected by a panel from a New York State Appeals Court. In addition, in April, Shyne's remaining assets were frozen by the Brooklyn Supreme Court.

Shyne is still signed to Def Jam, but after the release of Goodfather Buried Alive tanked at over 100,000 units sold. Shyne now protest disent towards Def Jam and now in searching other record labels to release his music. The Black Wall Street Records and Death Row Records have persued interest in the rapper.

The Shyning (Welcome To Gangland)

Shyne: If I Could Start From Scratch