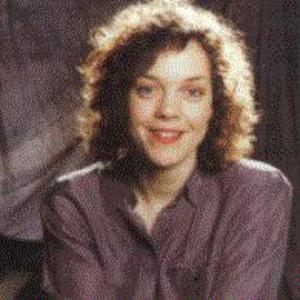 Rare indeed is the singer who can write their own material, material of the quality that professional songwriters can turn out. There are songwriters who sing, of course, and many prove not to be the most able interpreters of their songs. It would seem natural for singers to dabble in songwriting, but not all that many do. Some do have a way with words and have had the ability to compose excellent lyrics to some of jazz's best instrumental solos. But who was the last singer who was also a consummate songwriter? Peggy Lee comes to mind, or perhaps Mel Torme.

To these add the name of Shirley Eikhard

Shirley is the daughter of a well known Canadian East Coast fiddle player, and she was playing music at an early age, being signed to Capitol Records at age 14. At the age of 15 she wrote an instrumental song, "Pickin' My Way" that was recorded by Chet Atkins. Her work was soon being covered by artists like Anne Murray, whose recording of "It Takes Time" helped put Eikhard on the map. She released her first album in 1972 and garnered several Juno awards for her single "Smiling Wine." Shirley was awarded Canada's Juno Award for Best Country Vocalist for 1972 and 1973.

In 1982 she launched her own record label and began to take control of her music and career. She quit live performances in 1986 and concentrated on writing, her first love. Soon her songs were all over the radio, recorded by artists like Alannah Myles ("Kickstart My Heart," a collaboration with three other writers), Emmylou Harris (2 songs), and Bonnie Raitt, whose rendition of "Something to Talk About" won Eikhard a Grammy award. Recently Cher recorded a Shirley Eikhard cut on her Not Commercial CD, which was released exclusively via the Internet.

In 1995 Shirley began to record again, cutting the album If I Had My Way. That disc featured a variety of song styles and emphasized Shirley's ability to write and record successfully in any style she chose. In 1996 she recorded The Jazz Sessions, which fulfilled her lifelong dream of working in the jazz tradition. She followed that album up with Going Home, which was distributed internationally by Blue Note Records, and which won the Best Jazz Performance award at the 1999 East Coast Music Association Awards. Jazz has always been her first love, and she demonstrated a knack for jazz phrasing and composition from the get go. Two years of performing the songs live gave her the impetus to record The Last Hurrah, an excellent album of jazz-influenced songs all written by Eikhard. That was followed up with the 2001 release End of the Day, an album that was completely instrumental (with the exception of one track), and on which Shirley played all the instruments, including guitar, piano, drums, bass, sax, percussion, and chromatic harmonica.

Shirley's latest CD, Stay Open, edges slightly out of the straight jazz vocal territory she's been exploring lately and offers some pop-tinged songs that demonstrate her well-honed songwriting skills and instrumental ability. Arranging, engineering, and performing all vocals and instruments on nine of the album's twelve tracks, Eikhard is able to find the right sound and atmosphere for each of her compositions. From the comfortable ?Take it to the Max? and the samba-inflected ?Stay Open,? through the pure jazz of ?How Low Can You Go? and the R&B of ?The Touch of Evil? Eikhard has a real command of the breadth of modern musical styles. And her voice, dusky, sensual, and full of emotion, puts her well-crafted songs across perfectly. It all adds up to the perfect package: great songs, great arrangements, great voice, great performances.

End Of The Day

The Holidays Are Here

Stuck In This Groove

If I Had My Way