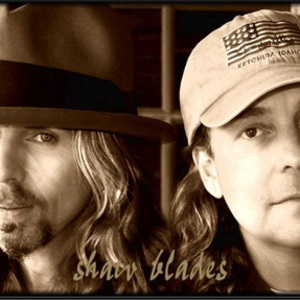 Shaw?Blades is an American musical duo/group formed by Tommy Shaw of Styx and Jack Blades of Night Ranger, both of whom played in the supergroup Damn Yankees. It is an informal duo which has produced two albums between other projects, 1995s Hallucination & 2007s Influence, the latter of which consisted solely of cover songs that influenced them, mostly from the 1970s. They also recorded a cover of the classic Christmas song entitled "The Twelve Days Of Christmas" on the A Classic Rock Christmas album by various classic rock artists in 2002[1].

Shaw?Blades did a short tour of America in Spring 2007 and another in Autumn 2007. Both members still principally record and perform with the acts which made them famous.