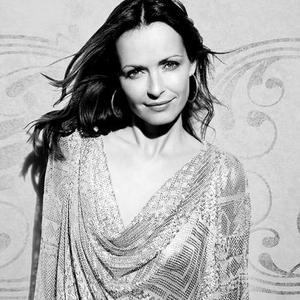 Sharon Helga Corr, MBE (born March 24, 1970 in Dundalk, Ireland) is a musician and member of the Irish pop-rock band The Corrs. She plays the violin and sings backing vocals. At 5'5", Sharon is the tallest of the three sisters, and the second tallest of the four siblings, after her elder brother Jim. The Corr siblings were awarded honorary MBEs in 2005 by Queen Elizabeth II, in recognition of their musical talents and also their charitable work which has raised money for Freeman Hospital in Newcastle, victims of the Omagh Bombing and other charities.

Sharon Corr began learning to play the violin when she was 6 years old. Her sister, Caroline Corr, was meant to learn it but wasn't interested so Sharon went instead. She has played in an orchestra and she is qualified to teach the violin. In 2001, she married Belfast barrister Gavin Bonnar. They welcomed their first child, a baby boy named Cathal Robert Gerard Bonnar, on March 31, 2006.

In 2009 she released her first solo album, called Dream Of You.

The Fool & The Scorpion