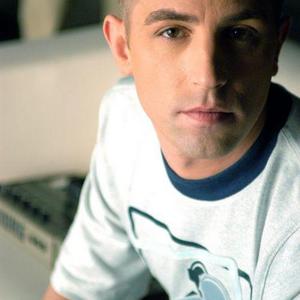 El?d Cs?sz?r has been a well-known pop artist in his home country of Hungary for more than a decade. In that time he has released 10 albums either as an artist and / or producer, scored numerous nationwide hits, and done tons of remixes for a wide range of Hungarian artists. Two years ago, after finishing his first international job, remixing Spandau Ballet's smash 'Gold', he decided to turn his energy entirely to the electronic dance music scene. With that 'Shane 54' was born? This alias, Shane 54, comes from the 1998 film "54".

When Hungary's most popular dj (Sterbinszky) decided to make his first album, he asked Shane to contribute on it. Finally they made two tracks together, 'Avalon' and 'Take Me Away'. They've been released on 'Discography' in Hungary only.

After a few early trance tunes, his first internationally released material was the Shane 54 remix for Cosmicman's 'I Love You' This gained him some great reviews around the internet dance community, which helped drive the single to number 10 in the Finnish National Dance Chart. Since then it's been signed to 16inch Records for an eminent release.

His first official Shane 54 track was 'Souvenir De Chine', a remake of the 1982 Jean Michel Jarre classic. This initially started as an unofficial remix for Fire & Ice, who decided not to use the mix on their release. Determined that his version was a winner, Shane got in contact with Elef Tsiroudis a.k.a. Plastic Angel who signed the tune immediately to his own Afterglow label. A Stargaze remix was added to the B-side and the promos went out. Within days, Dutch dj Armin Van Buuren had added the Stargaze mix to his playlist for his live shows as well as his weekly radio show heard all over the world via the internet. Not a bad endorsement to say the least!

Shane was then commissioned by EMT Design (Finland) to do a remix for The Scarab vs. Inzite's 'Unity Of Earth 2002', immediately followed up by a progressive uplifting mix for Labworks 'Ibiza Sunrise'. A track that got great early reviews and has just been signed to the 'A Trance Communication Release' label!

Together with the Dutch dance company DTF Productions Shane founded the DTF Recordings label. The first release, Shane 54 - Equinoxe 4, has been released. The vinyl includes a killer hard trance mix by Mat Silver vs. Tony Burt. Both versions are already getting hammered by various top dj's.