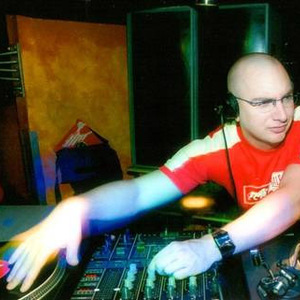 Since 1998 Sterbinszky has been at the forefront of the Hungarian DJ scene. He is regarded by thousands of young music lovers in Hungary as ?the DJ of international stature'. His unique style of music and recognition both in Hungary and on the international music stage make him one of the highest profile and acclaimed artists in the local music industry. His releases, remixes, bootlegs/mash-ups are regularly played by several international DJ heavyweights such as Tiesto, Ferry Corsten, Paul Oakenfold and Jaytech.

His new releases are distributed on Beatport and in every major online music store. His remixes are regularly aired by Hungary's top radio channel ROXY R?di? 96.4 and at www.roxy.hu. The recordings of his live performances feature on numerous popular party websites, offering fans a sneak preview of the unique setup of his upcoming live sessions. A musician who always brings something new to his genre, Sterbinszky releases DJ sets two thirds of which feature his own tracks, remixes or collections of exclusive recordings.

His latest release titled ?My Impression? was commissioned by Ballentine's and features young Hungarian talent Tamara Bencsik. Shortly after this release Sterbinszky was officially announced as the best and most popular DJ in Hungary by gaining the most votes in the first official TOPDJ award run by topdj.hu. Sterbinszky got the #1 position with the competition of more than 500 contestants. In addition to his current accolades, Sterbinszky has earned numerous awards during his career, including four Hungarian Gold album awards, an Arany Zsir?f (Golden Giraffe) award by MAHASZ, Hungary's music industry association, local representative of IFPI and a special prize from local music TV channel Z+ (currently VIVA TV). He has also been named ?DJ of the Year? in Hungary on several occasions.

Sterbinszky is a regular performer at all major Hungarian and several European music festivals. In addition to his notable achievements in EDM, thousands of music fans visit his Classic House parties at Budapest's STUDIO Club to enjoy his classic electronic music renditions of the house and trance genres.

As a truly approachable DJ, Sterbinszky offers every opportunity to his fans to catch a glimpse of his everyday life, his latest favorite music acts and get an insider's view of his visionary DJ sets. He has over 60,000 fans on iWiW, Hungary's largest social networking website, and his Facebook fan page (www.facebook.com/sterbinszky) has a rapidly growing community. Sterbinszky also has a Twitter (www.twitter.com/sterbinszky), a MySpace (www.myspace.com/sterbinszky) and a TOPDJ.hu (sterbinszky.topdj.hu) page and his new website at www.sterbinszky.com is scheduled to go live in the near future.