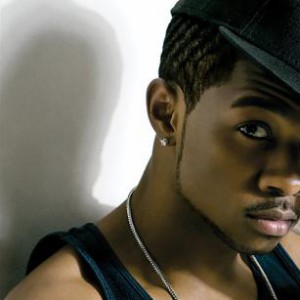 Sammie Bush (born on March 1, 1987 in Boynton Beach, Florida) is an American R&B singer and actor signed to Interscope Records. He is best known for his hit single, I Like It, from his debut album From the Bottom to the Top, which was released in 2000. After taking a hiatus from the music industry to focus on school, he returned in 2006 with his self-titled second studio album. He is currently finishing recording his third album, Coming of Age, which will be released sometime in 2011.

He released a debut album in 2000 titled "From the Bottom To the Top" which was originally through Austin's Freeworld Entertainment label. At the age of 13, the album was released and included the singles "I Like It" (1999) and "Crazy Things I Do". The singles had a generous amount of radio/video play and the former quickly topped the Billboard Singles Charts.

In 2005 Sammie returned to music after appearing in "The ATL Anthem" with Jagged Edge, 112, Monica and T-Boz of TLC. The anthem was played during many Falcons and Hawks games. In 2005, Sammie graduated from high school and was signed to Dallas Austin's Rowdy Records in Atlanta, Georgia. The same year, his label announced his return and a new album. In 2006, Sammie released a new single titled You Should Be My Girl produced by Jazze Pha which features Sean P.

He can be found on Twitter.com @PrinceSammie

From The Bottom To The Top