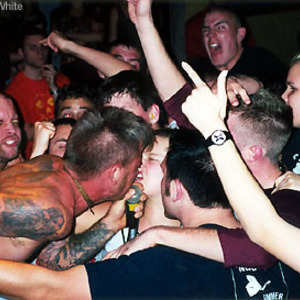 Run Devil Run is a project that was created in April of 1998, a side project featuring members of In Cold Blood, Spudmonsters, and Brothers Keeper. Founding members Don Foose (vocals), and Rich Ferjanic (drums) first came together to form the band by later adding Kevin Roberts (guitar), and Mike Lastowski (bass). Upon completion of the first album titled The Killing Civilization, (1999) the band embarked on their first European tour as an opening act in February of that year. In June 99 the band received an invitation to Hollands Dynamo Festival, playing in front of a crowd of 80,000 people.

Following a headlining tour in July 99, the band then returned home and started working with guitarist, Jason Belohlavek. He and drummer Rich Ferjanic then started working on the bands sophomore album Sinking Deeper. Singer Don Foose also added ideas and lyrics to the albums sound, as well as guitarist Kevin Roberts contributing parts. The record Sinking Deeper turned out to be Run Devil Runs best effort. Following its release there were many changes made in the line-up of the band. Consequently they parted ways before ever getting to tour off of the best record they released. The End. Or is it?