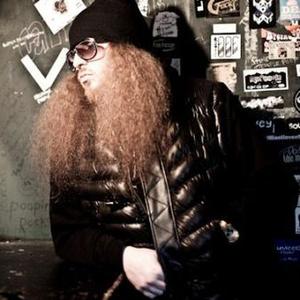 The Atlanta metropolitan area stretches on for at least 30 miles beyond the Georgia Dome and the World of Coke. Peachtree Street (conspicuously void of actual peach trees) stretches up through several counties, changing its name a number of times, confusing the tourists and the transplants. Furthest to the north of the metro area, sits Gwinnett County; sprawling and well-populated by a mix of out-of-towners hoping to indulge in a slice of that oft-mentioned American Pie: a house in a subdivision with a yard for the kids. After closer observation though, it's apparent that the suburbs of Gwinnett are the digs to many who don't fit the cookie cutter, Stepford lifestyle. The county, more frequently being referred to as the Northside, boasts both million dollar homes on golf courses as well as drug hubs in neighborhoods riddled with gang activity. The Northside, essentially, is in stark contradiction to itself. Rapper Rittz is the Northside.
Raised in Gwinnett County, Rittz embodies the same level of irony and self-conflict as his hometown. Born into a musical family, he, his twin sister and their brother had always been exposed to the inner workings of music. The fact that their parents were heavily into rock and roll ensured that the kids were always around instruments or in studios. The family moved from small-town Pennsylvania (Waynesburg) to the Atlanta outskirts when he was eight years old, and once Rittz got to junior high, his musical tastes evolved. Atlanta's booming bass and rap movement had traveled north on I-85 to get the entire metro area jumping.


?When I moved here, I was introduced to rap music. When I started rapping, I was listening to any early Rap-A-Lot records, like Willie D, Geto Boys? Kilo [Ali] was like the first. So when I started at 12 years old, my early raps, I tried to rap like them,? he explains, ?But the early Outkast, and Goodie Mob was really the beginning of me wanting to rap and imitate them in finding my own style. Me and another guy were actually in a group called Ralo and Rittz [1995-2003], we were like the white Outkast, or we tried to be like that. I had a studio in my basement, and we put out a bunch of tapes in Gwinnett. I felt like we were one of the first, if not the first... There were only maybe one or two other people rapping in Gwinnett at the time, from '95 to 2000.?
During the earlier part of the millennium though, around 2003, Rittz had hit a wall. After eight years, he and Ralo had matured in different directions. His promising buzz had led to countless disappointments. ?I won Battlegrounds on Hot 107.9, got retired and shit and felt like I was ?bout to make it. But, so many industry up and downs, with managers, contracts?? He was dead broke, feeling dejected, and living with friends- ready to resign from the rap game before even taking his rightful place in it. It wasn't until 2009 when he'd randomly received a call from another flamespitter who was repping an area as under-the-radar as Gwinnett was. ?I had some money behind me.? Rittz says, ?Everything was going good and then everything fell out, at the same time, I'm getting older, thinking it's time to hang it up. This isn't gonna happen and that's when Yelawolf put me on ?Box Chevy.' [on Yelawolf's Trunk Muzik].?
Nowadays, the rap career of Gwinnett-raised Rittz is rapidly on the rise. From his affliation with one of the hottest new rappers coming out of the South to his first mixtape, Rittz White Jesus (hilariously inspired by a friend's term of endearment), everything is coming together now, two years after he nearly lost everything. These days he's booking late night studio sessions, and still clocking in to work early the next day. ?I see both sides: the regular, working class type shit and then I've also seen a lot of the street shit that goes on here, some people that are blind to that here, may never have seen it.? Rittz says he's ?just a normal guy who raps?- a contradiction if there ever was one- but he makes you believe, with the humility of the everyman and the talent of a superstar

Put A Crown On It

Top Of The Line (Deluxe Edition)

Next To Nothing (Deluxe Edition)

Life And Times Of Jonny Valiant