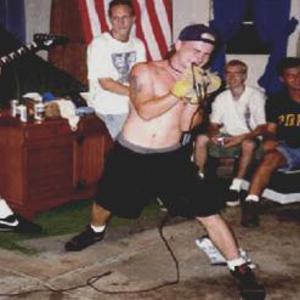 Ringworm is a Hardcore Band from Cleveland, Ohio,USA. The band started under the moniker Force of Habit and had one song on the 'Voice of Thousands' compilation album, released by Conversion Records in 1990/91. Soon there after the band changed the name to Ringworm. Human Furnace also plays for his side project, Holy Ghost, Chris Dora is a member of Death/Thrash Metal band Soulless and John Comprix plays for Power/Heavy Metal band Beyond Fear. Ringworm has two demos and four full-length albums.

There is a CD called 'Flatline' which was released by the German hardcore label, Lost & Found, who was notorious for bootlegging artists material without consent. All the songs found on both demos were later re-recorded and used on albums.

Hammer Of The Witch