Reverend And The Makers 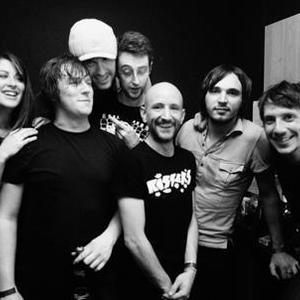 In October 2006, following extensive touring and having built up a hardcore fanbase, the band signed to Wall of Sound records. Their first single "Heavyweight Champion of the World" recieved good airplay on Radio 1 and hit the UK Top 10, and has become of this summer's anthems for many clubbers and festival goers alike, appealing to fans of both dance and indie.

Another single (He Said He Loved Me) is to be released at the end of August, alongside an album (State Of Things) in September.

The Death Of A King (Deluxe Edition)

A French Kiss In The Chaos

Heavyweight Champion Of The World (CDS)

He Said He Loved Me (EP)