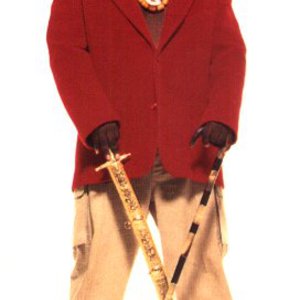 (1) Real Name: Mik Lezan Profile: Started his career at RapSur Records, a label setup by Russ Parr, and released some electro classics like "Innovator" & "Strange Life". A couple of years later he joined the Compton, CA, rap group Niggaz with Attitudes (N.W.A.). The Arabian Prince found the going tough when he departed the group for a solo career in 1988. His debut Brother Arab on Orpheus barely scraped the bottom of the R&B and pop charts in 1989. His first solo releases are in high demand nowadays.

Mik Lezan nowadays runs a 3D animation studio!
(2)
On March 17, 2006, Lumumba Robert Carson AKA Professor X, son of Brooklyn activist Sonny Carson, a founding member of X-Clan, and the founder of the Blackwatch movement, passed away after suffering the effects of spinal meningitis.

Years Of The 9, On The Blackhand Side