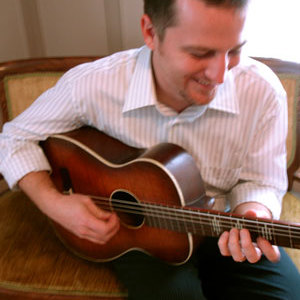 Peter Mulvey (born 6 September 1969) is an American folk singer-songwriter based in Milwaukee, Wisconsin. Since the early 1990s, he has developed a strong national following in the indie folk/rock scene through his relentless touring and critically acclaimed albums. Starting his musical career in Milwaukee while at Marquette University, he honed his performing skills while traveling in Dublin, Ireland. He later spent several years in Boston, where he frequently performed in the city's subway system. He is best known for his warmly wry songwriting and his intense percussive guitar style.

Mulvey self-released his first demo tape, Rabbit Talk, in 1992; this was followed that same year by his first major album Brother Rabbit Speaks (which was re-issued in 2001). Since then he has released more than a dozen albums. His music has featured on NPR's shows "All Songs Considered" and "Weekend Edition", as well as the television show "Felicity".

There Is Another World

Letters From A Flying Machine

The Trouble with Poets