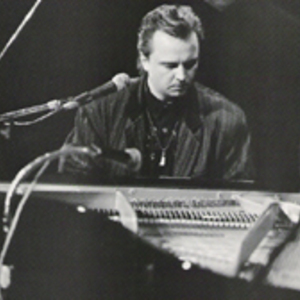 Pianist/composer Peter Kater is known for his scores for television, film, and theater, as well as for his own recordings of light jazz and new age music. Born in Germany, Kater moved from Munich to New Jersey when he was four. He began piano lessons three years later, and studied classical music until taking up rock & roll in his early teens. At the age of 18, Kater moved to Boulder, CO, where he played improvised music and lived for over a decade before moving to rural Virginia, where he built EarthSea Studios.

Until the opening of EarthSea in early 1997, Kater had recorded exclusively for the Silverwave label, starting with his debut release, Spirit, in 1983. He went on to release over 20 albums on Silverwave, including highly successful collaborations with R. Carlos Nakai that resulted in, among others, How the West Was Lost, Vols. 1-2 and Migration (1992), which also received the NAIRD Best New Age Album Indie Award. Several of Kater and Nakai's recordings rose to the Top 20 of Billboard's new age chart, and a few of Kater's own releases -- which range from solo to quintet lineup -- have charted in the Top 25. Since starting his EarthSea label, Kater has released albums including 1998's Compassion and another collaboration with Nakai entitled Winds of Devotion (1999).