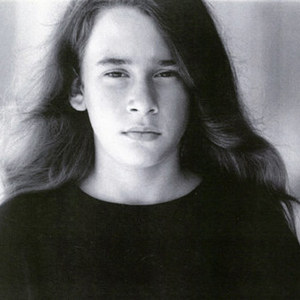 Born in 1993, Evren is of Anglo, Osage and Turkish descent. For several years, Evren was carefully mentored by Native American musician and instrument maker, Guillermo Martinez. Evren has studied with Berklee Music and Stanford University's EPGY program, and was named a Davidson Fellow in Music. He continues to study both Native flute and classical silver flute. Evren has an active performance schedule throughout the US and has performed in concert halls, festivals, colleges, galleries...

?Images of Winter,? Evren's first album, was recorded when he was seven years old at Possum Hall Studios in New Hampshire. It was released in the summer of 2001, and in October of that year, Evren was a featured performer at the Native American Music Awards and recognized as ?Rising Star.? ?As Things Could Be? was recorded at Possum Hall Studios when Evren was nine, and has received widespread national and international radio play, as well as favorable reviews and recognition by Backroads Music as one of 2003's best instrumental albums. Evren received a second ?Rising Star? from the Native American Music Awards in February, 2005, for this album nominated in the ?Best Instrumental? and ?Best New Age? categories.

"Alluvia" was recorded with producer Mac Ritchey at Possum Hall Studio just before Evren's 13th birthday, and independently released in November, 2006. This album has been described as contemporary Native American flute with world instrumentation (please see reviews). Shortly after release, "Alluvia" was named one of the "Twelve Best New Age/World Fusion Recordings of 2006" by New Age Reporter.com, and in the fall of 2007, "Alluvia" won "Best Instrumental Recording" from the Native American Music Awards."

Evren has had the honor of performing with several world-class musicians, and receiving gifts from renowned flute makers all across the country. His music is heard on award-winning independent films and he has accompanied professional dance companies performing to his music. Evren is also heard on other albums, most notably a winter solstice album released by Silverwave in 2003, and a collaborative meditation album recorded at Possum Hall Studios in the summer of 2004, when Evren was 11. Additional biographical details, reviews, sample press, photos, and music sound samples may be found on his website www.ozanmusic.com. Originally from Massachusetts, Evren lives in southern California and is active in the regional flute circle. His other interests include skateboarding, radio controlled model plane flying, and spending time with his friends and his black Lab, Belle.

As Things Could Be