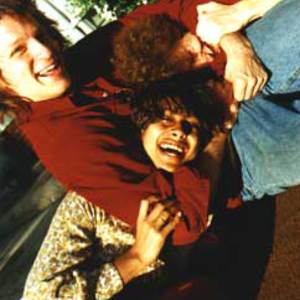 Papas Fritas are an indie-pop US band formed in 1992, in Massachusetts, when two friends met the bassist of the band. The band's name is Spanish for French fries, and a play on the phrase "pop has freed us". The first two years the band performed just for fun around Tufts University, where they were enrolled as undergraduates. In time, Sunday Driver records heard of them and they soon released a 7 inches titled Friday night.

Some of their songs were aired on the radio and then, Minty Fresh, a bigger label heard of them. With Minty Fresh they published a 8-track studio album named Hi-Tech City. The next year they had already released their first LP Papas Fritas. The band spent the rest of the year and most of 1996 touring in Europe and Asia. In 2000, before touring to support their LP 'Buildings and Grounds', the band added two members. The band has not released an LP since year 2000 but is active these days and still lives in the Boston area.

Pop Has Freed Us